The widely rumored GeForce Titan has finally made an official appearance – this time in the form of pictures that clearly show how the card looks like and what it comes with.

The card also offers one 6-pin and one 8-pin connectors for additional power, a dual-slot cooling system with a single fan, a huge aluminum heatsink – all wrapped in a plastic chassis. Connectivity is provided by two Dual-Link DVI outputs as well as one HDMI and one DisplayPort outputs.

The GeForce Titan is expected to nearly match the performance of the dual-GPU GeForce GTX 690; at the same time the newcomer will be about 60 per cent faster than the single-GPU GeForce GTX 680 graphics card.

The Taiwanese maker of cooling solutions Xigmatek plans to release a new CPU cooler – the Praeton LD964s. The new company product is a cheap solution and is a low-profile product. It measures 104 x 83 x 44 mm and comes with an aluminum heat sink, four 6 mm nickel-plated... 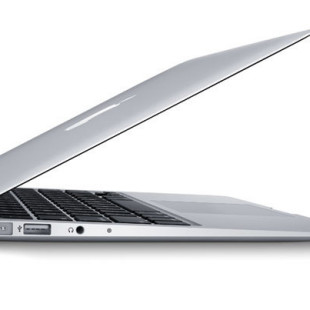 Apple Computer has prepared a double present for Valentine's Day this year by not only reducing the prices of the MacBook Pro and MacBook Air but also updating the hardware inside. Starting today the basic version of the 13-inch MacBook Air with a 128 GB SSD costs USD 200 less, which amounts...