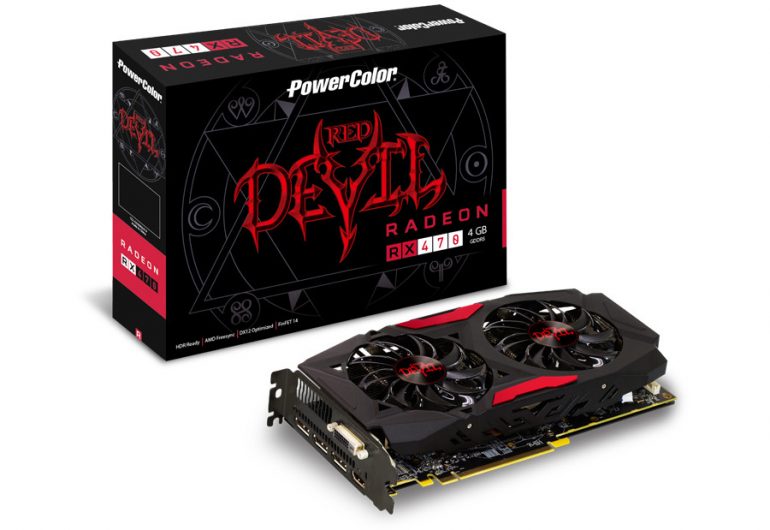 The new video card is based on AMD’s latest GCN 4 architecture and uses a state-of-the-art 14 nm FinFET production process, courtesy of GlobalFoundries. The card comes with 4 GB of GDDR5 memory at 7000 MHz, a 256-bit memory bus, 2048 stream processors, a GPU that runs at up to 1270 MHz and a special 8-pin power connector plus superior 6+1 multi-phases where each phase supplies 25W of power instead of 22.5W found in other cards. This ensures more stable operation and easier overclocking. In addition to all this the PowerColor Radeon RX 470 Red Devil video card employs the newest fan technology called Double Blade III, which includes two 80 mm 2-ball bearing fans, giving it four times the longevity of regular fans and under the fans users will be able to find two 8 mm and two 6 mm nickel-plated copper heat pipes for excellent heat dissipation. The PowerColor Radeon RX 470 Red Devil also includes a backplate for enhanced graphics card strength and better heat dissipation. At the back the card comes with three DisplayPort connectors, one HDMI port and another DVI-D port.