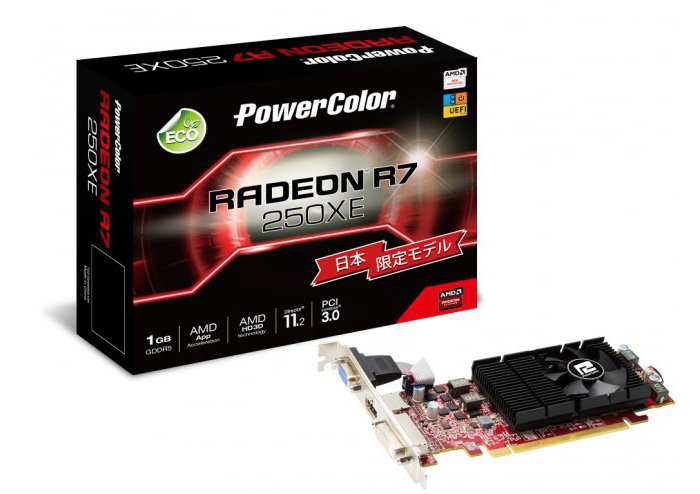 A few weeks ago some rather interesting reports of a Radeon R7 250XE video card surfaced around the world and we informed our readers of it too. The card was seen in stores, located in Japan but no official confirmation or release information came out of AMD – a fact, which is true today as well. Well, it turns out that the Radeon R7 250XE will be a video card that will be sold in Japan only.

This information comes out of none other but PowerColor, which has confirmed that the Radeon R7 250XE is a Japan-only product. The card is a regular Radeon R7 250X video card that does not have an extra power connector, while the “E” suffix stands for “Eco”, which means that the R7 250XE needs less power than its counterpart, hence the missing power connector. There are no other differences and the card sports a GPU with 640 stream processors at 860 MHz, 1 GB GDDR5 memory at 4500 MHz and a 128-bit memory bus.

Unfortunately the price of the R7 250XE is unclear but we think it might cost the same as the regular R7 250X or maybe a bit more due to its power efficiency.