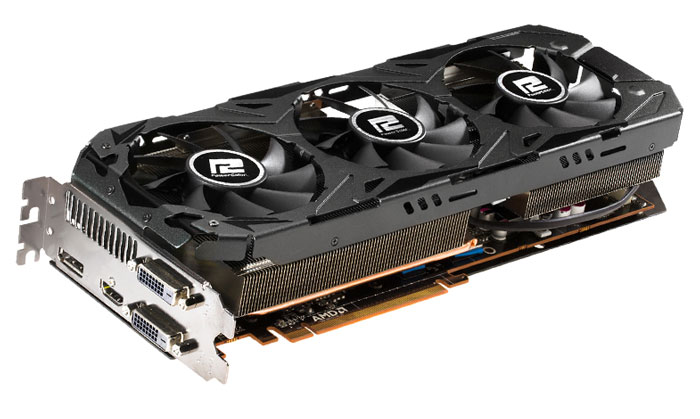 There is a saying that more is always better and while this is not true at all times, it is nice to have more memory inside your graphics card. After all, if more memory does not really help, it does not hurt either, besides it gives some bragging rights and then some confidence for future games. This is exactly what has happened to AMD’s high-end Radeon R9 290X graphics card, which can now boast full 8 GB of on-board memory. Well, at least some models do.

Currently there are four companies that have Radeon R9 290X models with 8 GB of VRAM – XFX, PowerColor, MSI and Sapphire. While XFX has only shown a picture of its card, the other three companies have not only shown their solutions but also listed tech specs. We’ll take a look here.

The PowerColor version is called PCS+ R9 290X 8 GB. The card has a GPU that runs at 1030 MHz, which is 30 MHz more than the reference design. The memory speed is also higher and the memory here runs at 5500 MHz effective, instead of 5000 MHz. The cooler used includes three cooling fans, a copper base, an aluminum heat sink and five heat pipes. This should be enough to cool both the overclocked GPU and memory.

The MSI model is called R9 290X Gaming 8G and carries 8 GB of GDDR5 memory at 5500 MHz, but the GPU is even faster compared to the PowerColor model. It runs at 1040 MHz and therefore an advanced cooling solution is needed. It is here – called Twin Frozr IV Advanced, it consists of two cooling fans, a copper base with five heat pipes and an aluminum heat sink. On the outside the new MSI card is the same as the 4 GB version, save for the memory.

All cards are perfect solutions for 4K gaming. Unfortunately we do not know how much they cost.