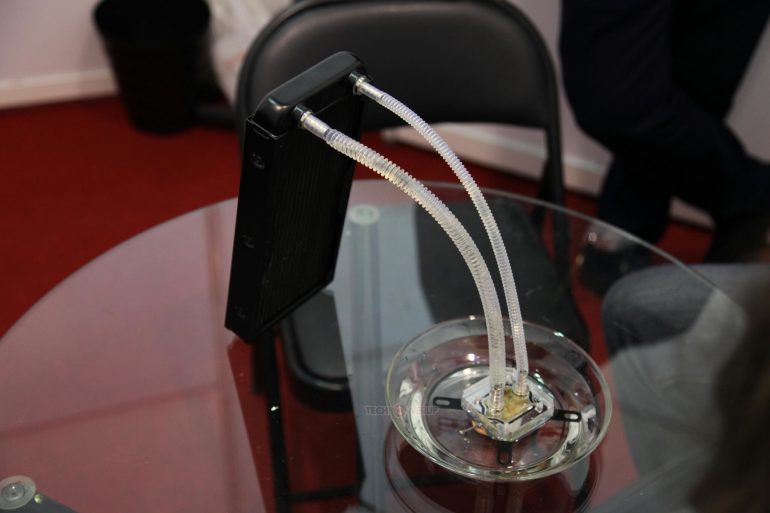 At Computex 2016 the maker of CPU coolers Raijintek has announced the world’s first passive liquid cooler for central processing units. The unnamed device lacks a pump as well as a radiator and a cooling fan. Thus the cooler is not only much simpler but also works without making any noise.

The main idea behind this liquid cooler is not something new, though – the cooler includes a special cooling agent that evaporates when in contact with the heat a processor emits and when it reaches the included heat-exchanger it cools down and turns into liquid again just to take the same path all over again. Unfortunately this is everything that is known about this innovative Raijintek product but the good news is that the cooler has been finished so it is ready for prime time. The device should appear soon but it is hard to say how soon this will be and how much this cooler will cost.