Samsung has updated its Series 5 and Series 7 AIO PC lines with models that have been specifically designed for Microsoft’s Windows 8 operating system.

The updated version of the Series 5 will also offer a 21.5-inch screen with 1920 x 1080 pixel resolution with 10-point  capacitive touch screen and a 1.3 MP web camera for video chat and gesture control. There’s also a wireless keyboard and a wireless mouse as well as three USB 2.0 ports, two USB 3.0 ports, HDMI and a multi-card reader next to a DVD burner. 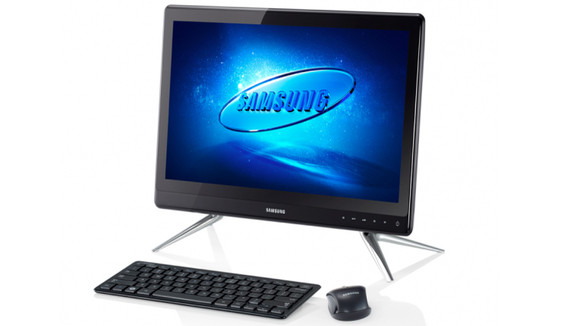 The Samsung Series 7 is the more powerful offering. It comes with a bigger 27-inch touch screen display at 1920 x 1080 pixel resolution, a faster Core i7 Ivy Bridge processor, 8 GB of DDR3 memory, a more spacious 1 TB hard drive and of course Windows 8. The Series 7 just like the Series 5 offers a wireless keyboard and a wireless mouse.

Unlike the Series 5, though, the Series 7 can be ordered with a smaller 23.6-inch display at 1920 x 1080 pixel resolution. This version comes with less powerful hardware for a lower overall cost – it features an Intel Core i5 processor and 6 GB of DDR3 RAM but the 1 TB hard drive remains there.