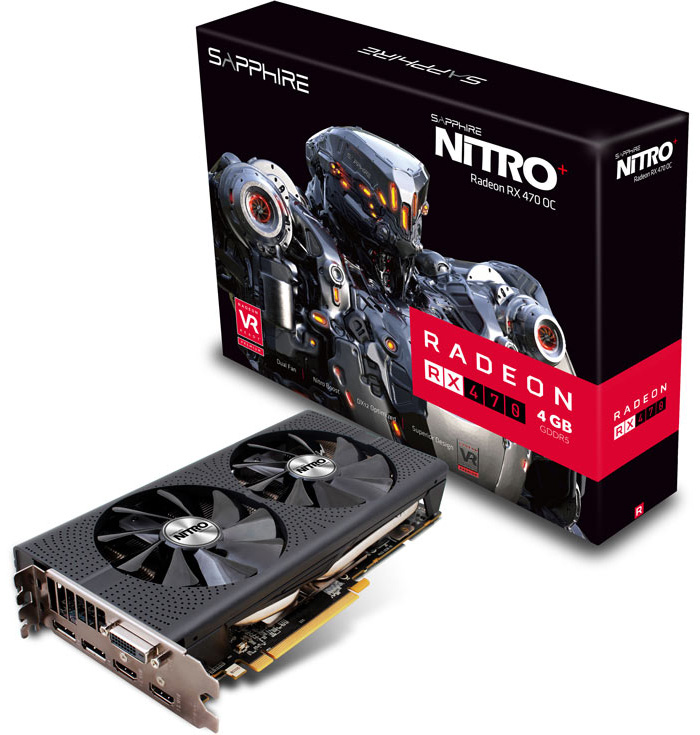 The long time AMD partner Sapphire Technology has announced two new Radeon RX 470 video cards. The event has taken place on the same day of the RX 470 launch, which once again shows the strong connections between Sapphire and AMD.

To cool the video card internals Sapphire has outfitted the two overclocked RX 470 video cards with Dual-X cooling solutions. They include two 95 mm cooling fans as well as three heat pipes. One of them is 6 mm wide, while the two other are 8 mm. The cooling fans only turn on when the GPU temperature exceeds 52 degrees Celsius so when the cards are idle or under insignificant load they are virtually silent. Furthermore to make the two RX 470 models nicer, Sapphire has added RGB lights to both of them. Users can adjust the colors of the lights by using the Sapphire TriXX 3.0 software or the red button at the back of the cards. In addition on their backs the Sapphire Nitro+ Radeon RX 470 OC video cards have a metallic backplate that spreads heat evenly. The cards need additional power that comes through an 8-pin power connector and at the back they offer two HDMI 2.0 ports, two DisplayPort 1.4 connectors and a single DL DVI-D port.