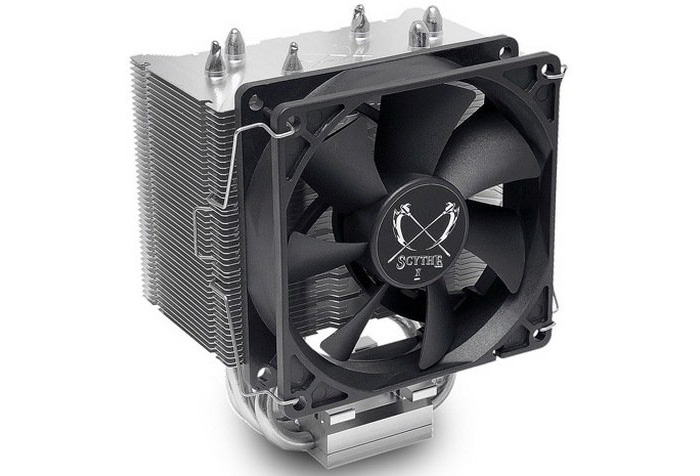 Scythe has announced a new CPU cooler for all people who have Intel-based desktop computers. The new cooler carries the rather strange Byakko name and discriminates all AMD users – the cooler can work only with Intel LGA 775, LGA 1366 and LGA 115x processors.

The Byakko measures 102 x 130 x 83 mm and weighs 460 grams, which allows it to fit even in small-sized cases. The cooler includes three U-shaped 6 mm nickel-plated copper heat pipes that go through the copper base and through the provided aluminum heat sink. The Scythe Byakko is equipped with a 92 mm cooling fan that spins at 300-2300 rpm. Thus the cooler can push 6.7-46.55 CFM of air per minute at noise levels that sit between 7.35 dB and 28.26 dB. In addition to this the Byakko allows users to attach one more 92 mm cooling fan in case of need.

The new Scythe Byakko cooler can now be had in Japan where it sells for around USD 30.