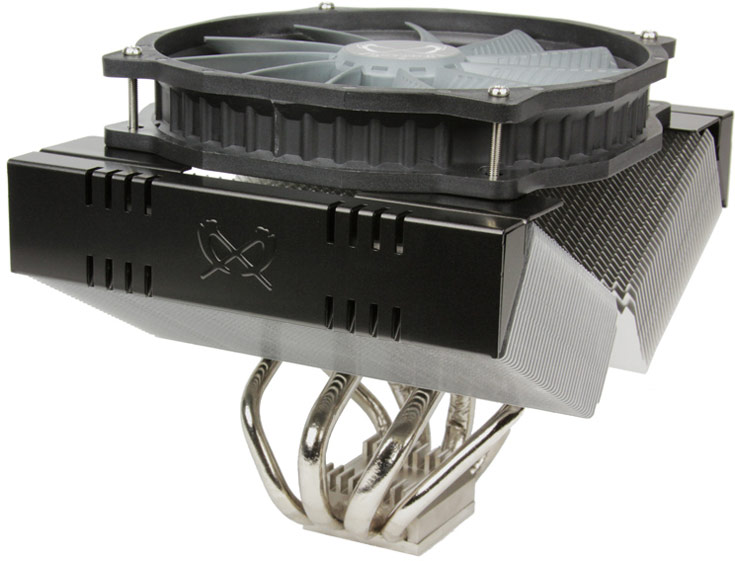 The Japanese CPU cooler maker Scythe has released the third version of its popular Grand Kama Cross CPU cooler. An interesting fact is that the cooler, which carries the Grand Kama Cross 3 product name, cools not only the CPU underneath but also some motherboard components that sit around the chip.

The new Scythe cooler features the same X-shaped build found in its predecessors and comes with four heat pipes, two of which are 6 mm and the remaining two 8 mm. The heat pipes as well as the bottom of the cooler are nickel-plated. Scythe promises improved heat dissipation thanks to an improved production process but this cannot be possible without the inclusion of a cooling fan – the Grand Kama Cross 3 has a 140 mm GlideStream cooling fan that spins at 400-1300 rpm, pushing between 30 – 97 cubic feet of air per minute. While doing this the noise level remains between 12.5 – 30.7 dB.