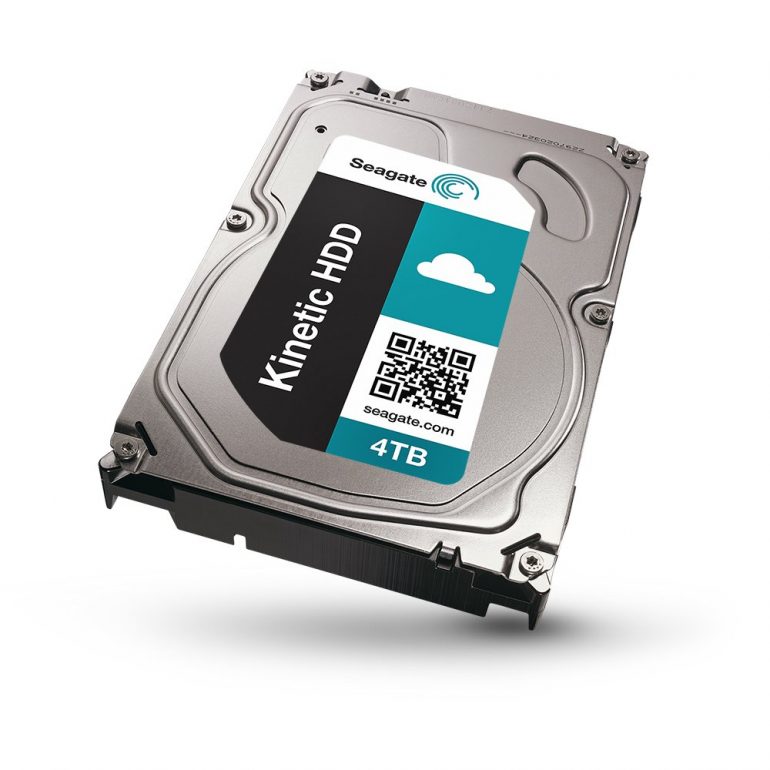 The popular hard drive manufacturer Seagate has announced an entirely new line of hard drives. Known as Kinetic the line consists of a single 4 TB model only as of now and is designed for cloud environments.

Based on the Kinetic Open Storage Platform, the new Seagate product is a new object-based storage drive. It eliminates some of the complexity and layers that are typical for legacy software and hardware environments and directly connects applications to the drive via Ethernet. The new drive also leverages open source storage protocols and shifts storage management to the drive itself.

A major feature of the new drive line is that it does not have a need for a file system or RAID and no dedicated storage tier exists. According to Seagate, this makes management less complex and lowers equipment and power costs as well as total cost of ownership by up to 50 per cent. The streamlined approach of the platform can also improve the performance of some workloads. The Kinetic Open Storage platform is perfect for the cloud, object storage and scale-out environments that work with large amounts of data and with this platform storage and servers can be scaled independently according to the needs of the user.

The new Seagate Kinetic 4 TB hard drive will ship by the end of this month. Unfortunately Seagate has not disclosed any tech specs of the drive. The price of the device is also unknown.