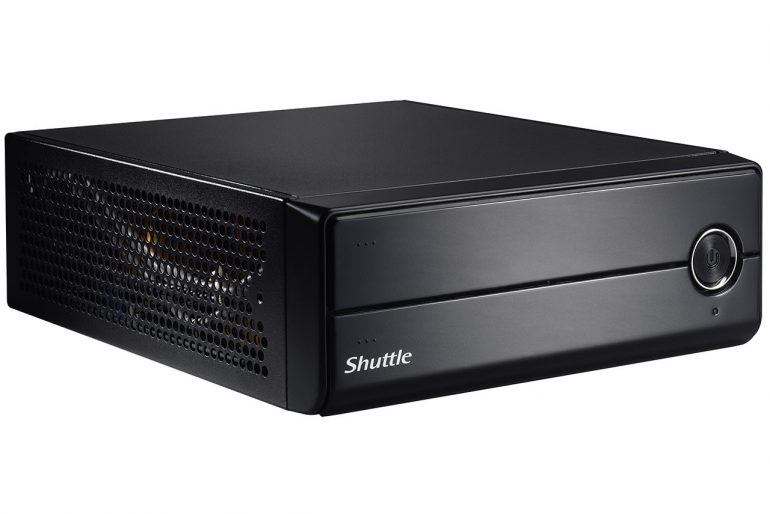 The maker of slim and small-sized computers Shuttle has announced the new XH170V desktop computer that brings the power of Intel’s 6th generation Skylake processors to small-sized PCs. The computer is so small that its chassis can take just up to three liters of water.

The new XH170V by Shuttle is just 72 mm high and is based on a motherboard with the Intel H170 chipset. In addition to the small size Shuttle offers a degree of flexibility – the XH170V can be operated in different positions – it can lie flat, installed upright with a stand, put behind monitors or fitted to any suitable surface with a VESA-compatible mount. The computer supports all Intel Celeron, Pentium and Core processors on the Skylake architecture with TDP of up to 65 watts and can accommodate up to 16 GB of DDR3L memory in two memory slots. Despite the small chassis size the XH170V has enough space to house two 2.5-inch drives plus a single slimline drive or alternatively three 2.5-inch drives. In addition there are a single M.2 slot for SATA-SSDs, a mini PCI-Express x1 2.0 slot for a WLAN module, three SATA 3.0 connectors and even RAID. In the back and up front the Shuttle XH170V offers four USB 3.0 ports, four USB 2.0 ports, eSATA and RS-232/Gigabit Ethernet/two DisplayPort/HDMI connectors. Given you install an Intel Core i3 Skylake processor, you will be able to run 4K monitors at 60 Hz on the DisplayPort connectors and at 30 Hz on the HDMI port. The computer has several optional accessories as well – you can get a WLAN card, a mounting frame for 3.5-inch drives, a VESA mount and a stand.