Tango PC to offer desktop power in your pocket 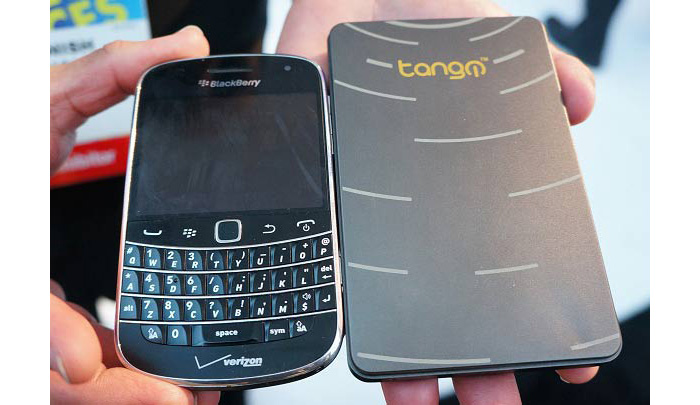 The tech world may soon see a miracle in the form of a new product, branded as Tango PC. According to the information that has been disseminated so far, Tango PC will be a personal computer with the size of a smartphone, while still offering full desktop PC power. If this turns out to be true then the IT world will be revolutionized.

Tango PC is still in the works but the people behind this project have so far raised more than USD 300 000 towards the development of this product and now they have a new campaign on Kickstarter that will help them take the device to the retail market. There are no detailed tech specs on Tango PC but the information that has become available so far points at a device that weighs less than 7 ounces and measures about the size of an iPhone 5s. The hardware specs include an AMD A6-5200 quad-core APU at 2 GHz, Radeon HD 8400 graphics, between 2 GB and 8 GB of DDR3 SDRAM, a 32 GB – 1 TB solid-state drive, three USB 2.0 ports, one USB 3.0 port, one HDMI port, a headphone jack and internal Wi-Fi.

The Tango PC will be able to run Windows 7 or Windows 8 for sure but Linux, Unix, Chromium OS and other operating systems compatible with x86 processors should be able to run on Tango PC too. The downside is that the device needs a docking station and then a connection to a PC display in order to work as a regular computer but even then Tango PC is a remarkable tech feat.

When released the Tango PC should cost USD 99 (USD 89 on Kickstarter) and given all the tech specs it comes with, it may as well replace your current laptop, gaming console and other similar devices for little money.