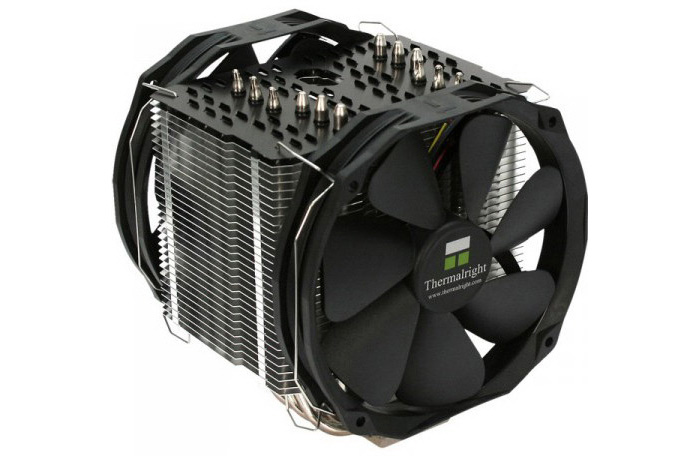 The Taiwanese CPU cooler maker Thermalright has released the new Macho X2 Special Edition CPU cooler on the European market. The new cooler is a special revision of the previously released Macho cooler and brings various improvements and new features.

The new Macho X2 Special Edition CPU cooler targets hardware enthusiasts and overclockers and offers a tower-type design with a massive 30-fin aluminum heat sink. The cooler measures 140 x 102 x 162 mm and weighs 760 grams. As you can see the Macho X2 Special Edition is not a small cooler and it might have trouble sitting in certain PC cases so measure your inside space first before buying this cooler.

Inside the heat sink there are six U-shaped 6-mm nickel-plated copper heat pipes and two low noise Thermalright TY-142 PWM cooling fans that measure 152 x 140 x 26.5 mm. The fans spin at 800 rpm and push enough air to cool all modern Intel and AMD processors and all older chips from both companies. The Macho X2 Special Edition CPU cooler also comes with Chill Factor thermal paste and a screwdriver – all in the same CPU cooler package.