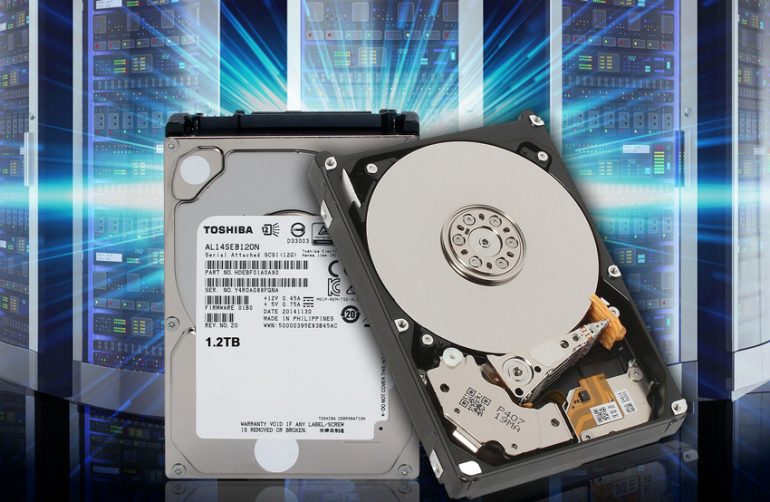 Hard drives spinning at 10 000 rpm are not a really popular choice when it comes to desktop computers but they do a great job in various servers and high-end workstations. Yet, they face stiff competition in the face of SSDs and it seems that a fierce battle is coming.

To counter this threat and keep its market share Toshiba has announced one more 10K hard drive called AL14SE. The device is actually a bit faster than expected, spinning at 10 500 rpm so this will give it an advantage when compared to other 10K hard drives. The Toshiba AL14SE hard drive is an upgrade to the earlier AL13SE model when it comes to capacity – the AL13SE topped at 900 GB, while the Toshiba AL14SE now offers 1.2 TB of capacity. The new Toshiba drive also comes in 300 GB, 450 GB, 600 GB and 900 GB variants for people who do not need that much capacity or simply do not want to spend too much money on an AL14SE drive.

In addition to this the Toshiba AL14SE provides faster connectivity thanks to a move from 6 Gbps to 12 Gbps SAS, dual-port SAS capability and a top read speed of 205 MB/sec, which is a bit better than the 195 MB/sec the AL13SE offered. The DRAM buffer has also been increased from 64 MB to 128 MB.

The drive offers the same power consumption as its predecessor but lacks support for 4Kn recording. Still, Toshiba promises 2 million hours of MTBF, which is nice. The Toshiba AL14SE is available now but there’s no information how much it costs.