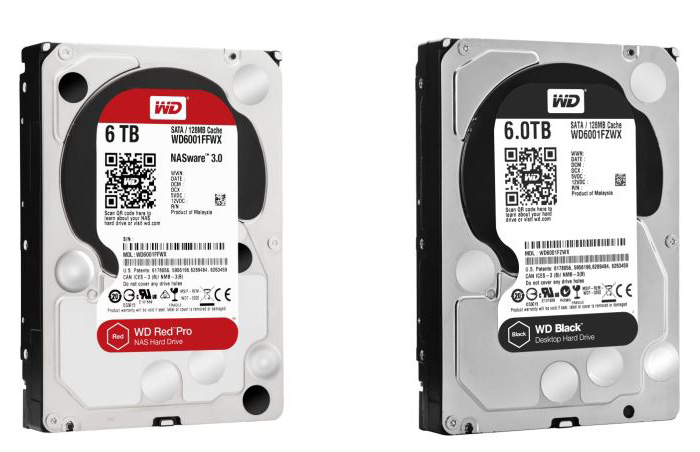 Western Digital (WD) has released new high-performance Black hard drives that offer 5 TB and 6 TB of capacity, thus expanding the line with not only new models but also higher capacities. The new drives carry the WD5001FZWX (5 TB) and WD6001FZWX (6 TB) code names and aim at hardware enthusiasts and hardcore gamers.

The new WD Black drives come with 128 MB of cache, support for SATA 3.0 and 7200 rpm of spindle speed. The drives feature some hardware enhancements as well – they feature dual processors inside as well as dual stage actuator technology. This makes the drives significantly faster than the older 4 TB Black model – compared to it, the newcomers feature 29 per cent higher data transfer rates and 10 per cent better performance in the PCMark Vantage test.  The new drives also feature improved reliability and StableTrac technology, which eliminates vibrations caused by system fans or other similar sources. The WD Black 5 TB and 6 TB drives feature a limited 5-year warranty and sell for USD 264 (5 TB) and USD 294 (6 TB). The drives are on the market now.