X2 is back with Empire Silver PC case 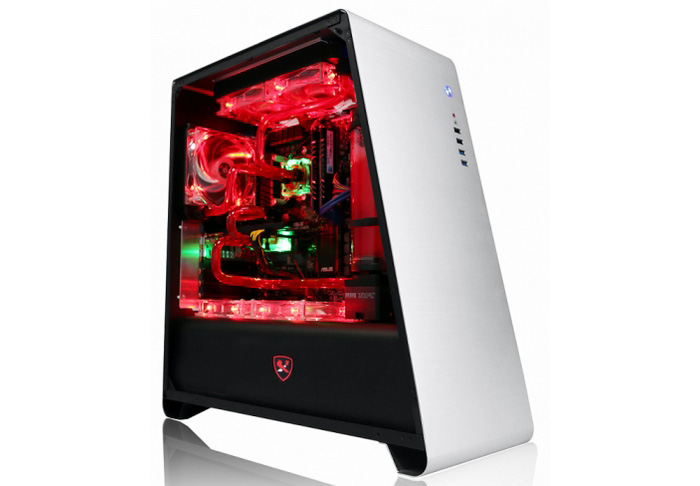 X2 has made new headlines today with the introduction of a new PC chassis called Empire Silver. The most interesting fact about this one is the unusual shape of the chassis but we can also say that the Empire Silver looks cool.

The Empire Silver is a mid-tower PC case that measures 505 x 220 x 530 mm and that weighs 11.7 kilograms. The case is made of 0.55 mm SECC steel while the external panels feature aluminum and acrylic windows as well. The case is compatible with motherboards as large as ATX and there are two compartments inside. The bottom one houses the PSU, while the top one is the place where all other components are placed. The Empire Silver supports up to three HDDs/SSDs and there’s enough space for up to seven expansion cards. The case ships with three 120 mm cooling fans with LED lights inside that can be found on the front panel. In addition to these three you can also install two fans on the top and the bottom panels and the back panel has enough space for one more fan. All holes in the case feature dust filters so your hardware should remain clean inside. There’s support for liquid coolers too but the radiator must be up to 120 x 360 mm large.

The X2 Empire Silver PC case will be on the market soon. The expected price is around EUR 88.