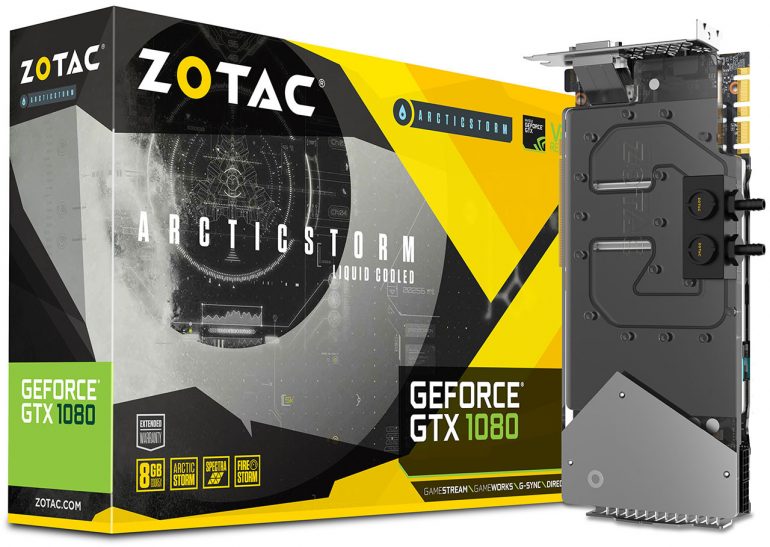 Zotac has unveiled a new NVIDIA-based graphics card called GeForce GTX 1080 Arctic Storm. The card carries the ZT-P10800F-30P model name and has been designed for liquid-cooled builds. It comes with a factory-fitted, full-coverage water block, coupled with a strong VRM setup for the PCB, which is the same one featured in the Zotac GeForce GTX 1080 AMP Extreme.

In addition to this the Zotac GeForce GTX 1080 Arctic Storm comes with RGB LEDs. By using the Zotac FireStorm app users can set colors and lighting schemes. The liquid cooler block features G ¼ fittings with bundled 10 mm barbs that support inner-diameter tubing. There’s also a backplate that runs through the entire length of the PCB and then more.

The GeForce GTX 1080 Arctic Storm’s price is unknown at the moment.