The VS1-250-SSD delivers high capacity, high performance data storage for military, aerospace and industrial applications requiring rugged, secure and durable mass data storage. This 6U, single-slot module houses one or two each 2.5″ SAS or SATA SSDs of up to 256GB per device and can be interfaced through its front panel connector or its P2 connector. The high speed module will sustain R/W data rates of 120MB/sec with an access time of 0.5 msec. The VS1-250-SSD has an operating temperature range from -40o to 85o C and functions at an altitude greater than 80,000 feet. The VS1-250-SSD also complies with current defense department security standards providing multiple levels of secure erase techniques. 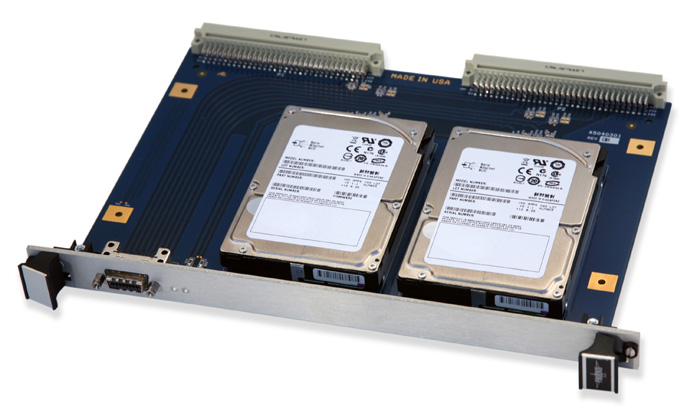 As a drop in replacement for a traditional hard disk drive, the VS1-250-SSD offers significantly lower power consumption and eliminates seek time, latency and other electro-mechanical delays commonly associated with conventional rotating media.