The PowerColor LCS HD5870 V2 is designed with a copper base, has a full water block mounted on the card, which covers the memory and power regulator chip and regarding the manufacturer, allows the graphics to reduce temperatures under 50°C at load and enhancing the overclcoking potential. It has 256bit memory controller with 1GB DDR5 memory and has Dual DL-DVI  and HDMI ports. 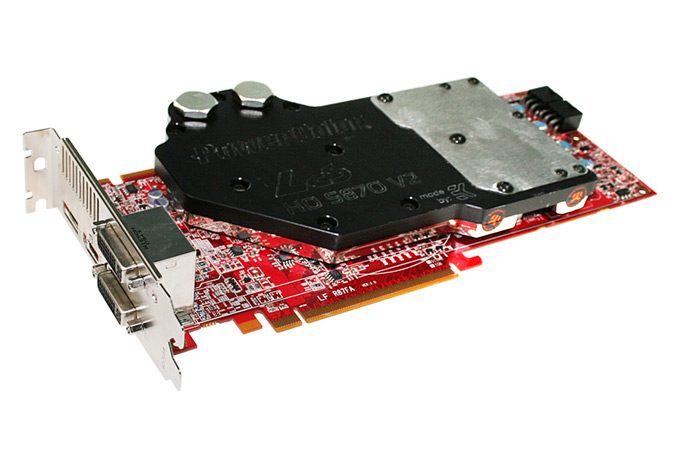 To test it,  PowerColor bundled DiRT2 game into the package, as well and a high-flow 3/8″ and 1/2″ fittings (barbs) to maximize water flow with captured o-rings to prevent leakage, which allows you to customize your own liquid cooling system using these two fittings. 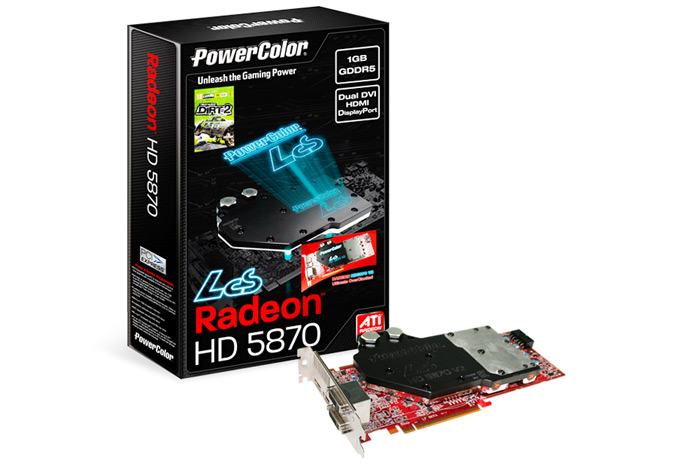 “We got very positive feedback from the first version of the LCS HD5870,” said Ted Chen, CEO of TUL Corporation. “Now we released an upgraded version with factory overclocked settings and offer a cool working environment. We’re sure that it will exceed expectations from gamers.”