The rugged convertible notebook V200 is equipped with an advanced Intel Core i7-620LM processor which is running at 2.0GHz (maximum 2.8GHz), with the Intel Turbo Boost Technology. Each of the processor cores has a 4MB of Intel L3 Smart Cache available, which improves the efficiency.

“The new V200 is the most powerful and feature rich fully rugged convertible available,” explains Jim Rimay, president, Getac. “Its rugged design, fast processor and extensive features and functions make it the most useful, all-purpose tool for field-based applications in the industry.” 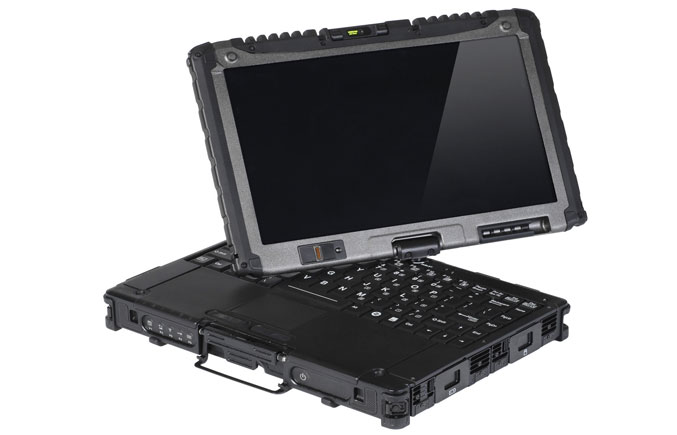 A finger print reader is located on the display in order to provide security for the owner. The innovative LifeSupport battery swapping system allows the consumer to change a depleted battery with a charged one very quickly.

The Getac rugged convertible V200 notebook comes with a five year warranty, and will be available in October, 2010.