“Our early 2009 introduction of GDDR5 chips will help us to meet the growing demand for higher performance graphics memory in PCs, graphic cards and game consoles,” said Mueez Deen, director, mobile and graphics memory, Samsung Semiconductor, Inc. “Because GDDR5 is the fastest and highest performing memory in the world, we’re able to improve the gaming experience with it across all platforms,” he added.

Designed to support a maximum data transfer speed of 7.0Gbps (gigabits per second), Samsung’s GDDR5 will render more life-like (3D) imaging with a maximum 28GB/s (gigabytes per second) bandwidth, which is more than twice that of the previous fastest graphics memory bandwidth of 12.8GB/s for GDDR4. The ultra-fast processing speed is equivalent to transferring nineteen 1.5GB DVD resolution movies in one second. The high image processing speed of the GDDR5 also supports the latest data formats (Blu-ray and full HD).

Unlike GDDR4, which processes data and images using the strobe-and-clock technique, the processing speed of the GDDR5 is much faster because GDDR5 operates with a free-running clock that does not require the data read/write function to be synchronized to the operations of the clock.

Now available in a 32Megabit (Mb) x32 configuration and also configurable as a 64Mb x16 device, Samsung expects GDDR5 to account for over 20 percent of the total graphic memory market in 2009. The company also said it plans to expand the 50-nm process technology throughout its graphics memory line-up this year. 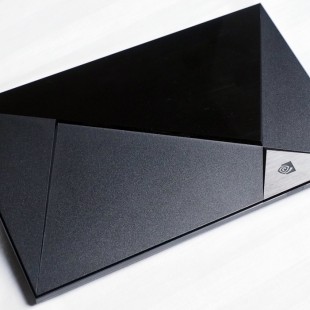 At an event held in San Francisco, California the GPU maker NVIDIA has presented its rumored SHIELD gaming console. The new device combines features typical for a supercomputer, a gaming console and a TV set. The SHIELD runs Android TV and has full support for 4K TV gaming. The gaming console...

Pantech Company officially presented its new music slayder phone C570. It will be sold by the Mexican operator "TELCEL". The phone features: 3.5 millimeters audio output, single button control of the player and FM-radio.  In addition C570 will possess fresh content in its memory, such as...

A new multi-input resistive touch panel has been released by Fujitsu Components Europe, expanding their product range in touch panels. This new multi-input touch panel offers the ability to detect finger and stylus input actions simultaneously. Single-tap input and multi-touch input can be...