Samsung Electronics Co., Ltd., the world leader in advanced memory technology, announced today that it has begun shipping samples of the industry’s highest-density memory module for server systems. The 32 gigabyte (GB) module has been designed for use in advanced servers, which require high-density and high-performance features at low-power consumption levels.

According to Soo-In Cho, president and general manager of Samsung Electronics Memory Division, “Samsung continues to set the pace in advanced memory for high-end server applications by offering 40nm-class 32GB memory modules to reach previously unattainable levels of system capacity. In just 10 months, Samsung has now secured the best competitive advantage with the broadest portfolio of 40nm-class DDR3 based memory solutions in the industry since the 40nm-class DRAM was first produced last July.” 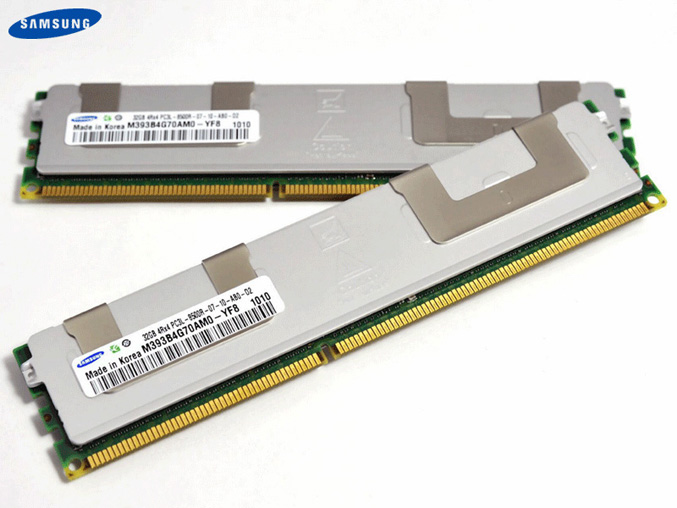 “Technology leadership is a key factor in Samsung’s aggressive competitiveness within the memory industry,” Mr. Cho emphasized, “Our highly successful implementation of 40nm-class technology is indicative of our determination to move toward the 30nm-class process node in the second half of this year. Our 30nm-class technology will provide even more advanced memory solutions for high-end server and PC applications”.

The highly-efficient 32GB RDIMM consists of 36 dual-die 40nm-class 4Gb DDR3 chips that can perform at equal or greater levels to a 40nm-based 16GB RDIMM with no increase in power consumption. 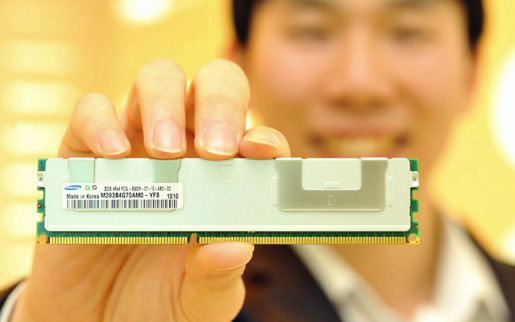 By equipping a dual CPU, two-way server with 32GB modules, a server system can have up to 384GB of memory. This allows for doubling the previously largest density of 192GBs per server with a power increase of less than five percent over that needed for a 16GB module-based system.

In addition, replacing 12 DRAM modules of 16GB density with just six 32GB modules would achieve a 192GB total density, while allowing the DRAM operating speed in a two-way server system to rise by 33 percent from 800 megabit per second (Mbps) to 1,066Mbps, as power is cut by 40 percent.

In high-performance, four-way servers using 16GB modules, one terabyte of DRAM would be commonplace. By using 32GB RDIMMs, Samsung is moving toward providing four-way servers with 2TB of DRAM each, a migration that it believes will spur introduction of diverse software and a broader scale of server applications.

Mass production of the 32GB RDIMM is slated to begin next month.