Samsung Electronics Co., Ltd., a world leader in digital consumer electronics and information technology, announced its new EcoGreen F2EG hard disk that delivers a massive 1.5TB of capacity with 500GB per disk. With increased recording density and reduced number of disks, the EcoGreen F2 drive is more power efficient by supporting a capacity up to 1.5TB with 3 disks.

In addition to the European Union (EU)’s Restriction of the Use of Certain Hazardous Substances in Electrical and Electronic Equipment (RoHS) Regulations, Samsung’s F2EG drive complies with many other environmental regulations.

The F2EG family of drives is currently being shipped to major OEM businesses. The 1.5TB HDD is available at $149.00 MSRP.

Microsoft has officially confirmed what we reported a few days ago – customers will be able to purchase Windows 10 on a USB flash drive. Thus certain end users who prefer to have the latest edition of Windows but lack a physical DVD drive will be able to install and use the new OS with no...

Intel Corporation unveiled its 2010 Intel® Core™ vPro™ processor family to meet the needs of businesses of all sizes for PCs with greater, more flexible performance, theft prevention and cost savings in a rapidly changing business computing environment. These and several other capabilities are... 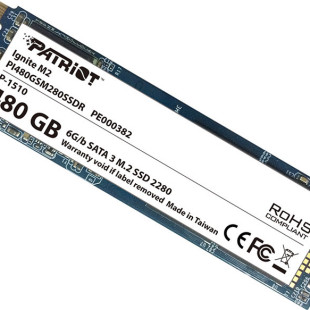 Patriot Memory has officially unveiled the new Ignite series of M.2-based solid-state drives. The new SSD line will be used in various notebooks, ultrabooks and compact PCs but despite the small size of the new SSDs, they will still provide fast data access, low power consumption and virtually...