SANYO Electric Co., Ltd. is pleased to announce that as of the end of October 2009 its total global shipments of the “eneloop” rechargeable battery promoting a “lifestyle that values reusing and recycling” reached 100 million cells, approximately four years after its first release in November 2005. 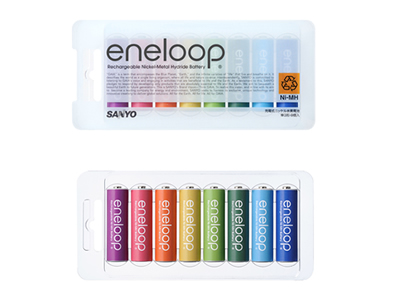 SANYO will continue to expand the “eneloop” series throughout the world so that people can comfortably adopt a new “lifestyle that values reusing and recycling” contrary to the popular “use and throw away” lifestyle often associated with common products like batteries.