The SAPPHIRE HD 5850 TOXIC series are SAPPHIRE original designs based on the latest 40nm graphics architecture from the ATI division of AMD. They feature 1440 stream processors and 72 texture units delivering the fastest performance in class as well as supporting ATI Stream technology. HD SAPPHIR 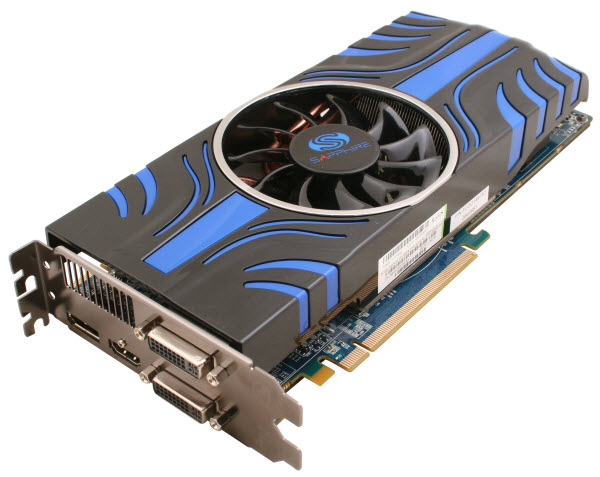 Designed for the enthusiast or demanding user, the SAPPHIRE HD 5850 2G TOXIC Edition is factory overclocked to 765MHz core and has 2GB of high speed DDR5 memory clocked at 1125MHz (4500MHz effective). SAPPHIRE’s World leading Vapor-X technology not only allows the cards to run as much as 15 degrees C cooler* and 10dB quieter* than the standard models, it provides additional headroom for further performance tuning (overclocking). 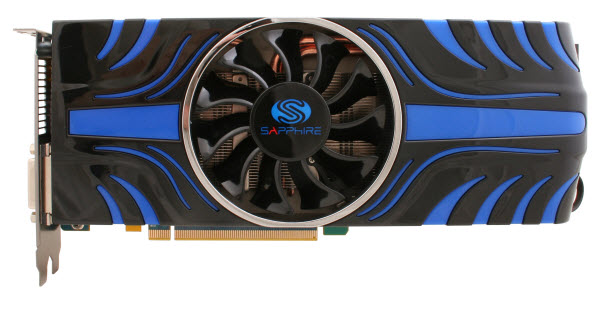 The SAPPHIRE HD 5850 TOXIC Editions speed up existing DirectX10.1, DirectX 10 and DirectX 9.0 games and applications, and support stunning new levels of detail, transparency and lighting effects in the latest releases of software using DirectX 11. They support all the advanced graphical features of DirectX 11, and deliver spectacular video clarity, speed and visual effects, including over multiple monitors whilst working at lower operating temperatures and significantly more quietly because of the SAPPHIRE award winning Vapor-X cooling technology. All of this comes with the modest active power consumption of less than 160W – and using Dynamic Power Management the card has a new super low-power idle mode at less than 30W. 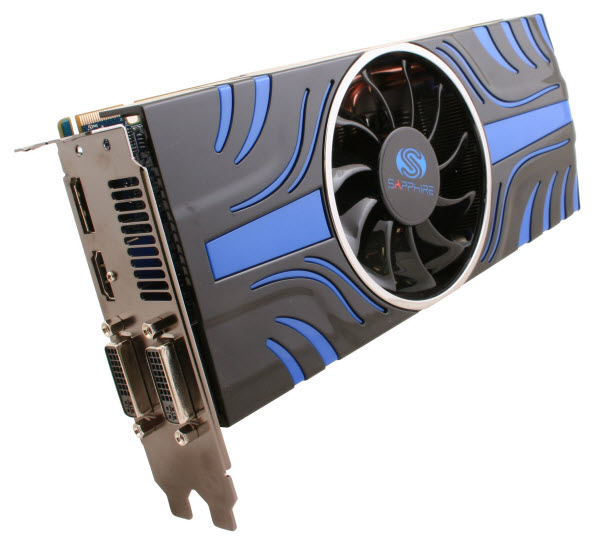 These cards support the latest features demanded by Microsoft DirectX 11, including DirectCompute 11 instructions, hardware Tessellation and multi-threaded communications with the system CPU. These combine to provide new capabilities for the interaction between transparent objects, new lighting and accelerated post processing effects as well as physics calculations and accelerated video transcoding.

All the SAPPHIRE HD 5850 models have the latest on board hardware UVD (Unified Video decoder) considerably reducing CPU load and delivering smooth decoding of Blu-ray™ and HD DVD content for both VC-1 and H.264 codecs, as well as Mpeg files. In this series the UVD has been enhanced to be able simultaneously to decode two 1080p HD video streams and to be able to display HD video in high quality with Windows Aero mode enabled. HDMI capability has also been upgraded to HDMI 1.3a with Dolby TrueHD and DTS-HD Master Audio support. 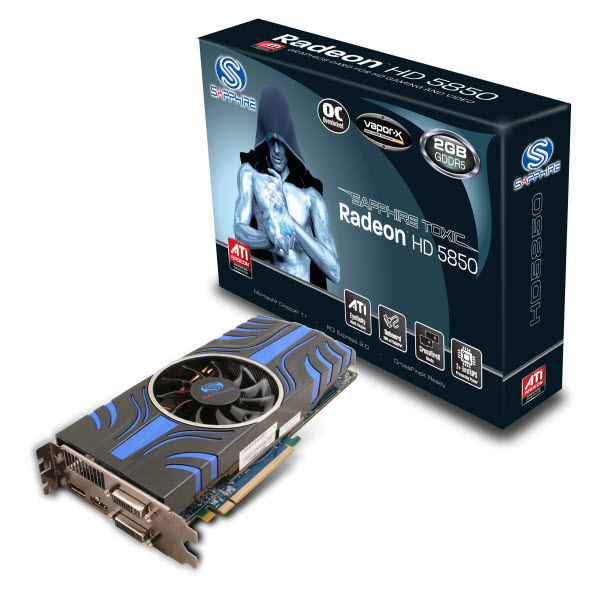 In addition to spectacular image clarity, speed and visual effects, members of the SAPPHIRE HD 5000 series support a new multi-monitor mode known as ATI Eyefinity. This allows a single GPU to display images over an array of several monitors. With its versatile output configuration of two Dual-link DVI connectors plus HDMI and DisplayPort, the HD 5850 series supports up to three monitors** in ATI Eyefinity mode, with a resolution of up to 7680 x 1600. This opens up exciting possibilities not just for multi-screen gaming, but also for information systems, multimedia systems and promotional displays.

The SAPPHIRE HD 5800 series is supported by AMD’s DirectX 11 WHQL certified graphics driver which delivers support for all of the key DirectX 11 level features required for new gaming experiences and acceleration of next generation high performance applications as well as ATI Eyefinity and ATI Stream technology.