Allwinner A33 is a quad-core CPU for just USD 4

The Chinese maker of mobile device processors Allwinner has announced that its latest A33 chip has entered mass production. A really peculiar feature of the new chip is that it costs just USD 4.

Allwinner believes that devices based on the A33 will cost USD 30-60 due to the very low price of the A33 processor. The chip has four computational Cortex-A7 cores and ARM Mali-400MP2 graphics. In addition to that the new piece of silicon can play and record up to 1080p video, power displays at up to 1280 x 800 resolutions and offer support for the SmartColor technology.

The new features of the A33 do not end here – the chip is electrically compatible with the older A23 processors and needs very little power – Allwinner says the chip needs less power than any other quad-core Cortex-A7 processor on the market. According to the company a tablet with a 4000 mAh battery and powered by the A33 is able to remain in standby mode for 300 hours, play video for 6 hours and play music for 8 hours.

The first devices based on the A33 should appear by the end of summer 2014. 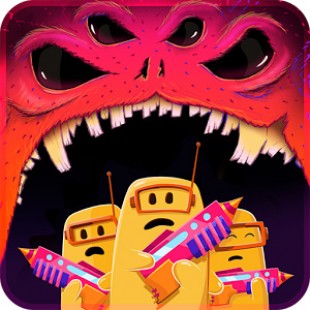 Hopeless: Space Shooting is a free Android game (as always) which strongly resembles the already launched Hopeless: The Dark Cave. The only difference here is that the action takes place on an unknown planet sometime in the future. So you get the yellow cute creatures again armed with laser... Star Skater is a game that is designed for casual gamers who just need to kill some time. The game is easy to play, has low requirements and can be mastered within minutes. Everything inside Star Skater is simple – you have to select a character and off you go. The goal in the game is to...

Asus showcased Satin-brushed Aluminum and NeoWood Finishes for their notebooks

" The Satin-brushed Aluminum finish, produced through Non-conductive Vapor Metallization (NCVM) technology, not only infuses treated surfaces with an elegant satin-brushed pattern, it provides scratch resistance, enhances the structural strength of the notebook, and improved wireless and...