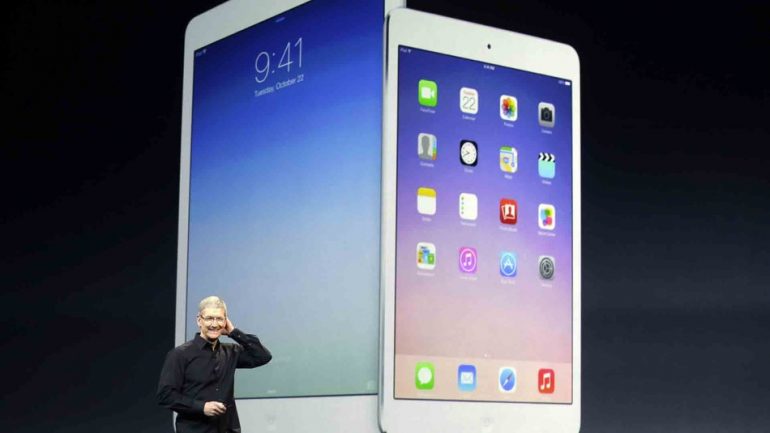 We knew it was coming for weeks but it’s now here – at an event scheduled for October 16, Apple has presented a number of new devices including iPad Air 2, iPad mini and a 27-inch iMac with Retina display.

The iPad Air 2 is the first device we will be talking about – it has the same 9.7-inch Retina display but this time it has a new anti-reflective coating that reduces reflections by 50 per cent. The new iPad is really light and thin and this comes true thanks to the fact that the iPad Air 2 has its LCD, glass, display and touch sensor bonded all together. The tablet is now just 6.1 mm thick, which makes it 18 per cent thinner than the original iPad Air. The new 64-bit A8X processor runs the show on the display and underneath it. The device also has a revamped 8 MP camera with slo-mo capabilities, 802.11ac Wi-Fi, Bluetooth 4.1 and Touch ID.

The iPad mini 3 is a bit of a disappointment as the device has not received any major upgrades or changes. The only major addition seems to be the inclusion of Touch ID; all other specs remain the same. The iPad mini 3 starts at USD 399. The iPad mini 2 gets a USD 100 price cut, though and now sells for USD 299, while the original iPad mini will be available for USD 249. The original iPad Air will remain on the market where it will sell for USD 399 and up.

The final announcement is the new iMac with Retina display that comes with a 27-inch display that works at the insane 5K resolution (5120 x 2880 pixels). Apple claims this is the world’s highest resolution display. The machine is based on an Intel Core i5 processor at 3.5 GHz and has 8 GB of DDR3 SDRAM, a 1 TB Fusion drive and AMD Radeon R9 M290X graphics. The new computer is available now for USD 2499.