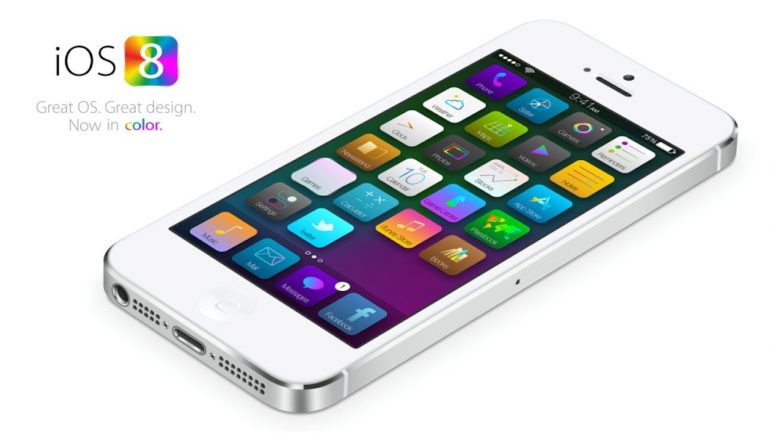 September 2014 will surely remain in Apple’s history as a great time period – the company first launched the iPhone 6 and now it has released the all-new iOS 8 operating system.

We’ll go straight to the operating system – iOS 8 arrives with a number of new features, but this is to be expected. Here’s what you get – support for third-party keyboards such as Swype, Touch ID for third-party apps, new widgets for quick app alerts in the notification center and then more.

Unlike iOS 7, which was released last year, iOS 8 now focuses more on functionality than on visuals. The new mobile OS responds to user requests by offering numerous features that users have wanted for a long time. For example, iOS now solves long-standing issues with the iOS notification system and the way it connects with iCloud and the OS X operating system. Developers can be happy too – the new OS now offers a new suite of “Kit” apps and developer tools. Handoff is an interesting new function – this is a feature that allows you to start an e-mail message on an iPhone and then finish it on an iPad or Mac. QuickType, which is a new feature of Apple’s Messages app, offers a predictive keyboard software enhancement that will learn how you talk to different people to allow for quicker auto-correct and fill-out suggestions.

Unfortunately not everyone will be able to enjoy the new iOS 8 – the new OS is compatible with any iPhone starting from 4S and later, the fifth generation iPod Touch or any iPad from the 2nd generation on. Some features are iPhone 6 and iPhone 6 Plus specific like Apple Pay.

The new iPhone 6 and iPhone 6 Plus will get the new iOS 8 later this week.