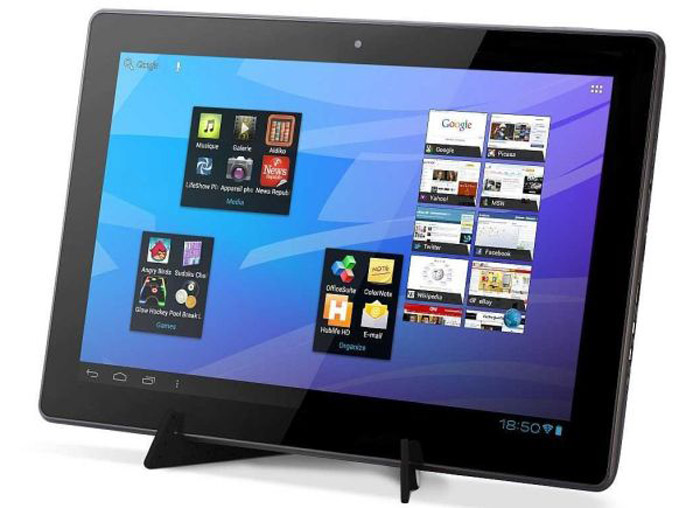 French company Archos, known for making and selling various inexpensive tablets and other portable devices, plans to release a new family-oriented tablet that will be known as Arnova FamilyPad.

The new family tablet will appear next month and will come with a 13.3-inch multitouch display at 1280 x 800 pixels. Inside the Arnova FamilyPad will be powered by a 1 GHz Cortex A8 processor and will have 1 GB of RAM, 8 GB of storage, a microSD card slot, one rear 2 MP camera, one front 2 MP camera, micro USB and HDMI ports and a powerful battery that can power the tablet for as long as 10 hours.