The French electronics company Archos, known for making budget-oriented tablets and the like, has released a new device that can be used as a netbook or a tablet depending on the need. 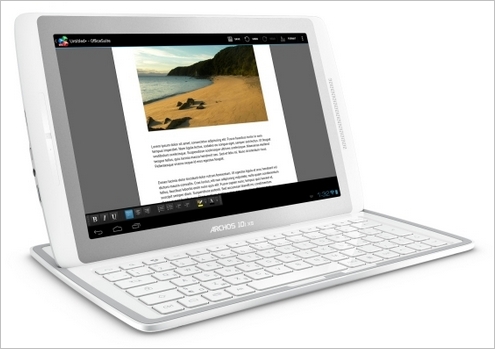 The tablet/netbook runs Android 4.0 but Archos plans to update the OS to Android 4.1 Jelly Bean. As to physical dimensions the hybrid device weighs just 600 grams and sports a thickness of 8 mm. The keyboard also adds 200 grams and the built-in battery lasts for up to 6 hours.

The Archos 101 XS will come to market in September and will cost 400 USD. Later on the French company will release the same hybrid device but with smaller 8-inch and 9.7-inch displays.