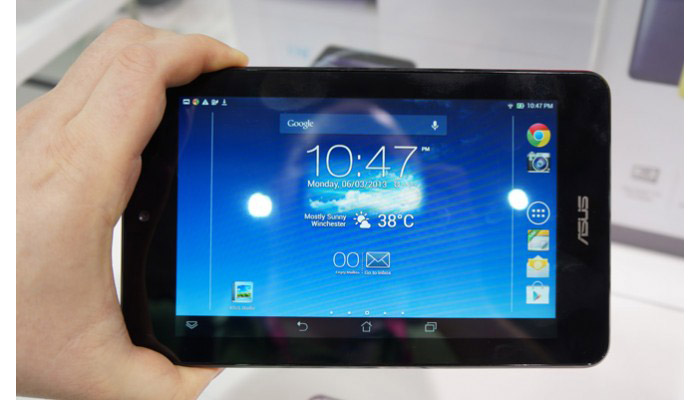 The Taiwanese ASUS has released the MeMO Pad HD 7 tablet, which is an improved version of the current MeMO Pad slate. The updated tablet measures 196.8 x 120.6 x 10.8 mm and weighs 302 grams.

The MeMO Pad HD 7 is based on a Rockchip RK3188 SoC with four Cortex-A7 cores that run at 1.2 GHz and sports a 7-inch sensor IPS display at HD resolution (1280 x 800 pixels), which is the main improvement when compared to the original MeMO Pad tablet. The new company product also comes with 1 GB of RAM, 16 GB of internal memory, a microSD card slot (up to 32 GB), 16 GB of cloud storage, Bluetooth 4.0, 802.11n Wi-Fi, a GPS receiver, stereo speakers, a rear 5 MP camera and a front 1.3 MP camera, a micro USB port and audio jacks. Finally the tablet has a battery that can power it for up to 10 hours.

Samsung to debut tablet for children