bModo Inc. unveils its new 11.6-inch tablet, which unlike most common tablets that are available recently,  runs Windows 7 OS instead of Android.

The bModo12 also comes with a variety of connectivity options such as: two USB ports, a SD card slot, an HDMI out port, an OMTP jack,  a SIM card slot and even 26 pins connector for Docking. As you might be expected, the tablet  supports all PC applications including MS Office, MS Outlook, Adobe Acrobat, Photoshop, Intuit QuickBooks, Flash, Skype, Yahoo IM and more. 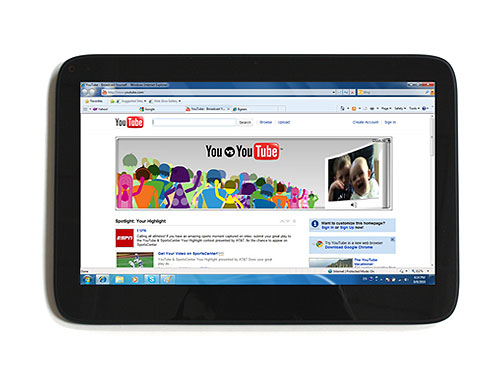 bModo12 is scheduled to ship before the 2010 Christmas shopping season for $700.