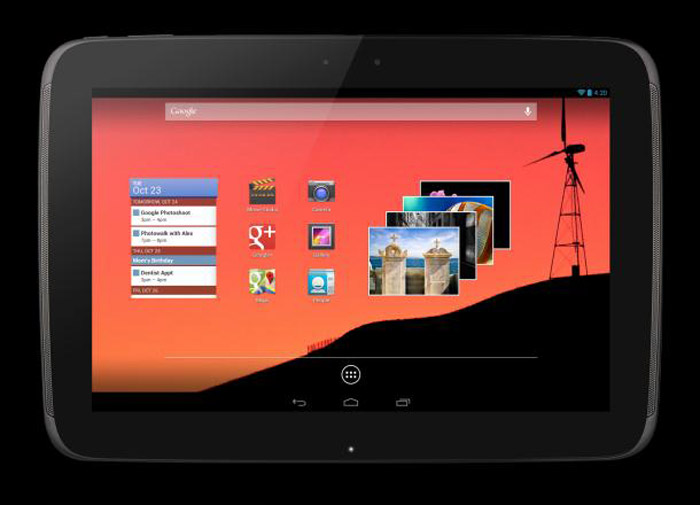 As previously expected on October 29 Google along with Samsung officially launched the Google Nexus 10 tablet.

The first thing that you will notice is that the Google Nexus 10 comes with the brand new Android 4.2 Jelly Bean and clearly targets Apple’s iPad with its display that sports the whopping resolution of 2560 x 1600 pixels (300 PPI).

MicroUSB and microHDMI slots provide connectivity and there are two NFC chips too. The battery of the Nexus 10 is rated to last for up to 9 hours of video playback.

Samsung shares some info on its BRITECELL camera technology