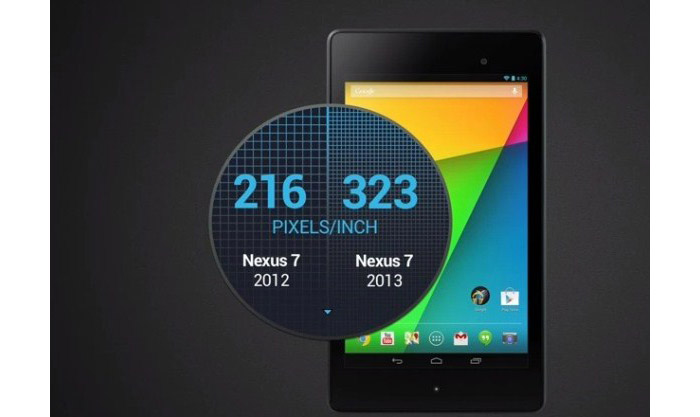 The rest of the specs include a 1.2 MP front camera, rear 5 MP camera, Wi-Fi 802.11n, Bluetooth 4.0 and NFC, speakers with support for 3D sound and a battery that can power the device for up to 10 hours. Despite all this new hardware the new Nexus 7 is just 7.6 mm thick, down from 10.5 mm in the first generation, and weighs just 317 grams.

The Nexus 7 runs Android 4.3 and supports wireless charging. The device will become available on July 30 for the USA and later for other countries. As to pricing the tablet will cost USD 230 with 16 GB of internal memory and USD 270 for the 32 GB version. A LTE-enabled Nexus 7 will arrive a bit later.