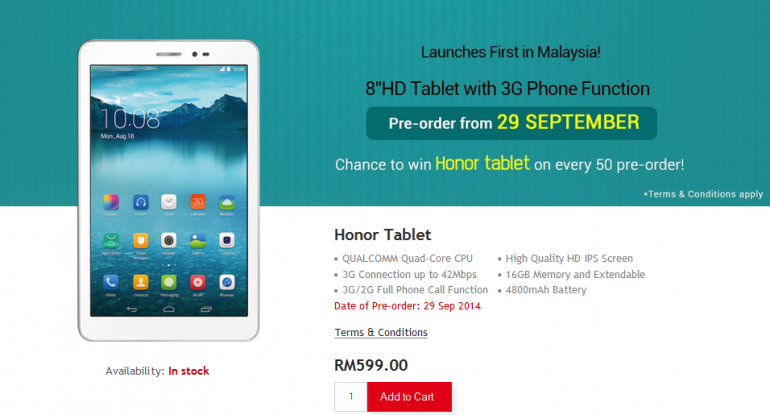 Huawei has presented a new 8-inch tablet that is capable of making phone calls. The new device is called Honor Tablet and sports a thin and light metallic chassis (7.9 mm/360 grams).

The main feature of the new Huawei tablet is the phone calls capability – the tablet supports 3G and there’s a SIM card slot – when a SIM card is installed you can make phone calls and even send and receive SMS messages. Thus you have the best of both worlds – a tablet and a smartphone, albeit a really big one, in the same place.

The new Huawei Honor runs Android 4.3 Jelly Bean and there’s the Huawei Emotion 1.6 user interface on top of it. The tablet-phone device will sell for USD 184 when it gets in a store near you.