The South Korean company has added a new tablet to its product line that may as well become the cheapest tablet device run by Android 4.0 Ice Cream Sandwich.

The new gadget is called A7 and will be sold only in China at first with possible market debut in other countries as well. The approximate retail price is only around 80 USD but users get a device which is by no means slow or obsolete.

The A7 tablet is based on the popular Allwinner A10 system and sports a 1.50 GHz processor and an integrated Mali 400 GPU. The installed RAM memory is 512 MB while the built-in storage memory is 8 GB that can also be upgraded via the included microSD card slot. Other specs include Wi-Fi 802.11 b/g/n, 0.3-megapixel front camera and a headphone jack. The screen is 7 inches large and supports 800×480 pixels resolution. 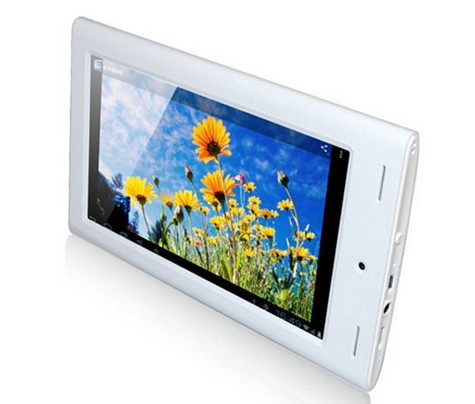 Hyundai claims that the new A7 can play video with 2160p resolution but even if so it might not be very convenient to watch it on such a display.