At Computex 2012 Lenovo had the chance to unveil a new Windows 8-powered tablet unofficially known as “ThinkPad” but the novelty has nothing in common with the Android-powered ThinkPad device.

The tablet was developed with help by Microsoft and Intel and will offer “great battery life, responsive touch performance, and great multimedia features.” 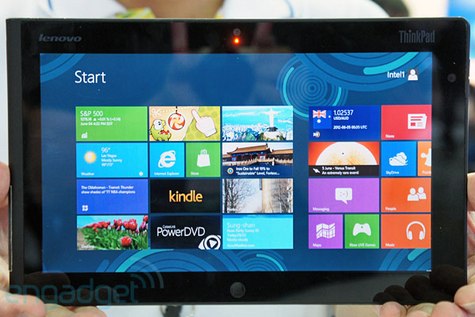 There are no official specs at the moment but the tablet is expected to be able to function up to ten hours on a single charge and come with an Intel Clover Trail processor.

The tablet will be commercially available when Windows 8 hits the market and until then it won’t have a name, pricing or a specs sheet.