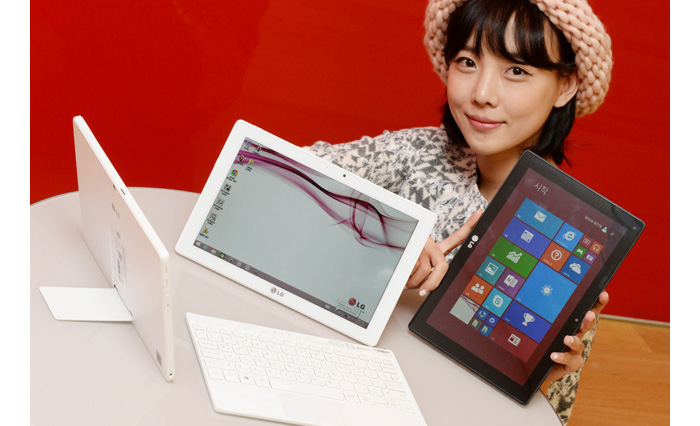 The South Korean tech company LG has presented a new hybrid tablet that goes by the name of Tab Book Duo. The main feature of the tablet is that it comes with a detachable keyboard as the name of the device suggests, which makes it suitable for people who work while traveling.

The new LG tablet comes with a 10.1-inch sensor IPS display that works at Full HD resolution (1920 x 1080 pixels) and offers 400 cd/m2 of brightness for enhanced contrast and brightness ratios. The display is also capable of recognizing up to 10 simultaneous touches. The device weighs 530 grams without the attached keyboard and 792 grams with it.

On the inside the LG Tab Book Duo comes with an unknown quad-core Intel Broadwell processor, HDMI and USB 3.0 ports and a powerful battery that LG says can power the tablet for up to 11 hours with no recharging. The device also runs Windows 8.1.

As of now the new LG Tab Book Duo will sell in South Korea only where it will cost USD 670, which is not cheap at all. Available in white or black only, a bit later the new tablet may be released in other countries too.