First introduced in March at CeBIT 2011, MSI now made official the WindPad 110W which is based on AMD Brazos Dual Core Z01 APUs and runs Windows 7 OS. 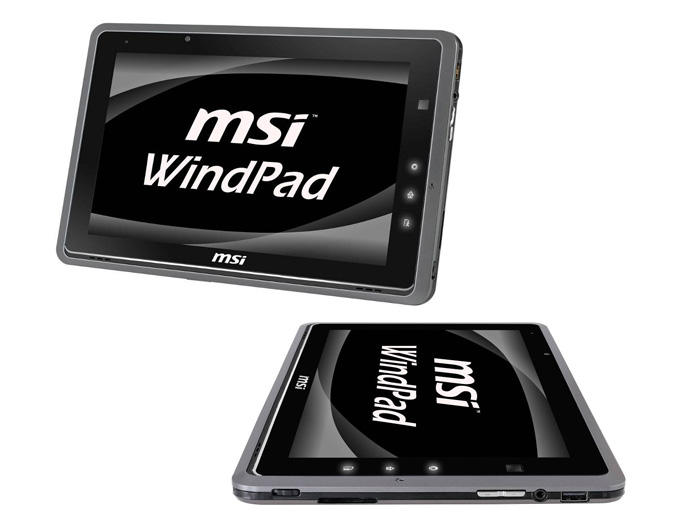 The WindPad 110W tablet also offers MSI’s own Smart Tracker, which allows you to grip both sides of the tablet and use small finger movements on the hotkeys on the right side of the tablet. There’s and dedicated SAS hotkey that performs the traditional role of the “Ctrl+Alt+Del” combination to open the Windows Security Window. It comes pre-loaded with Windows Office 2010 Starter and MSI’s own facial recognition software which works in concert with the high definition webcams to protect data biometrically.

The Windows based tablet features brushed finish exterior and platinum trim, while the back is sheathed in MSI’s own color film print to protect against scratching and wear. It is packed with a 4200mAh battery that can go up to six hours on a single charge.

Huawei may be working on curved smartphone