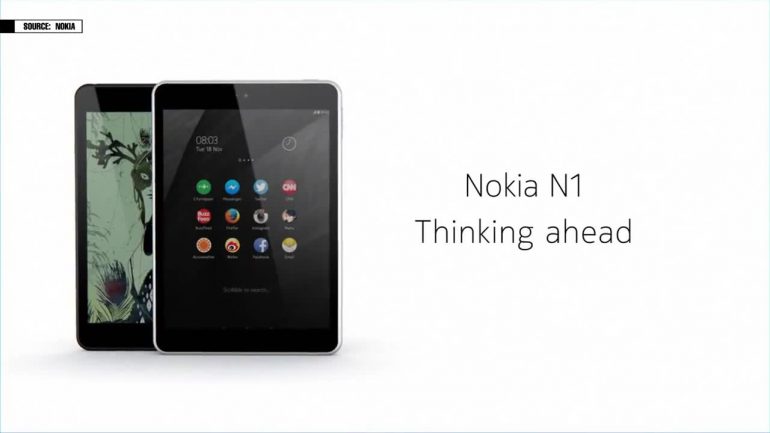 The mysterious Nokia device, which was teased earlier this week, has turned out to be a tablet called N1. The device has the distinction of being the first Nokia hardware product after the sale of the mobile business of the company to Microsoft and has a rather unique feature – a reversible USB connector.

“This is a great product for Nokia fans and everyone who has not found the right Android tablet yet,” said Sebastian Nystrom, head of products at Nokia Technologies, who announced the product at the Slush technology conference in Helsinki.

An interesting fact is that Nokia actually does not make the device as it has licensed the brand and the design to a third party company, which happens to be Foxconn.

The Nokia N1 tablet will run Android 5.0 Lollipop when it reaches the market in early 2015. The first country to get the device will be China, where the tablet will sell for USD 249.