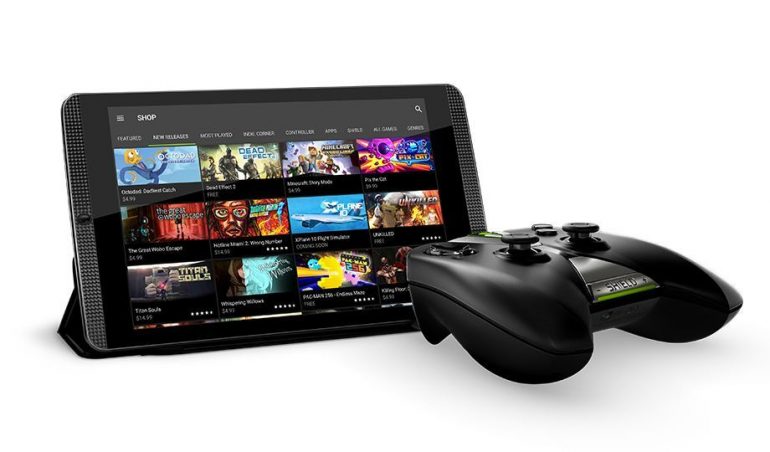 NVIDIA has made an early Christmas present to gamers around the world by announcing the SHIELD Tablet K1 gaming device, which has come to replace the existing SHIELD Tablet. The new gaming tablet comes with the powerful Tegra K1 chipset and a new lower price that will surely please anyone interested in buying this device.

The Tegra K1 chip inside the SHIELD Tablet K1 is based on four Cortex-A15 cores at 2.2 GHz and has 192 integrated stream processors on the Kepler architecture that are responsible for the graphics. In addition to this the tablet has an 8-inch display at 1920 x 1200 pixels, 2 GB of RAM, a microSD card slot, two 5 MP front and rear cameras, front-facing stereo speakers, a mini-HDMI port and a 5200 mAh battery. The SHIELD Tablet K1 runs Android 5.1.1 Lollipop and next to these features it can also stream games from NVIDIA’s GRID Cloud network or from a PC with a GeForce GPU. This is the place to say that the SHIELD Tablet K1 comes in two versions – the first one has 16 GB of internal memory and sells for USD 199, while the second version offers 32 GB of internal memory and support for LTE for USD 299.

Classic Controller Pro available in US