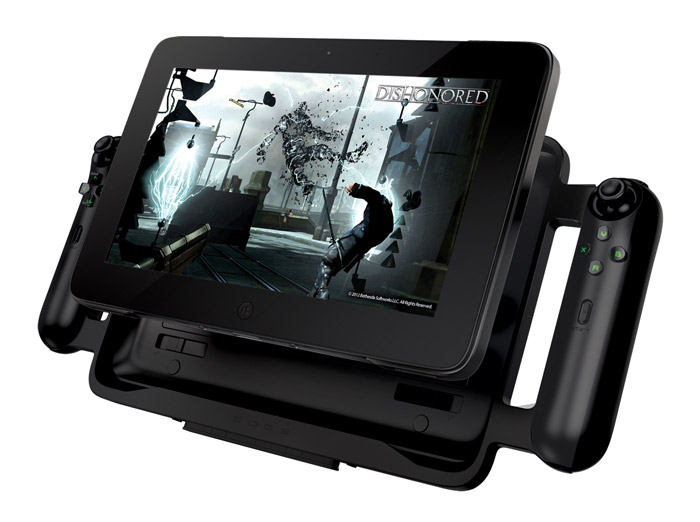 Razer’s super powerful Edge gaming tablet will ship in late March, the company has officially announced. If you want to get the device, however, you can pre-order it early starting March 1 at 12:01 a.m. Pacific Standard Time but you will get the device in late March as announced.

The Razer Edge is the first tablet, specifically created for gaming and this is the reason why it comes with an Intel Core i5 Ivy Bridge processor and an NVIDIA GeForce GT 640M graphics card with 1 GB of GDDR5 memory. In addition the tablet comes with a 10.1-inch IPS display, 4 GB of DDR3 memory, 64 GB of SSD storage, a front 2 MP camera, Wi-Fi 802.11n, Bluetooth 4.0, integrated speakers, USB 3.0 support and an audio in/out jack.

Razer will also have a more powerful version known as Edge Pro – it will feature a Core i7 chip, 8 GB of DDR3 memory and a 256 GB SSD – with the rest of the specs remaining the same as in the regular Edge tablet.

The Razer Edge will start at USD 999 once it ships but the Pro version will be more expensive – this one sits at USD 1299.