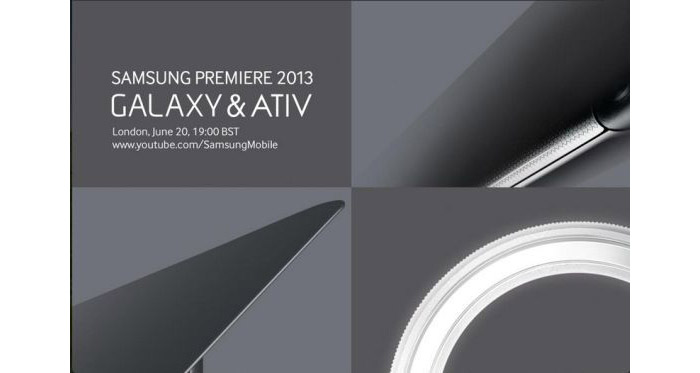 Samsung fans will soon have a new “big” day as the Korean company has posted a message about an upcoming mysterious event scheduled for June 20. One thing is for sure though – there will be a bunch of new Samsung mobile devices unveiled on that day.

The event will take place in London’s Earls Court Exhibition Centre and will likely be the birthplace of new Galaxy and ATIV devices judging from the event poster. One of the expected devices might be the rumored and recently listed Galaxy S4 Mini smartphone with two more expected out of Samsung’s pipeline – the Galaxy S4 Zoom and the Galaxy S4 Mega.

Little is known about these two but the scarce available information still gives a hint – the Galaxy S4 Zoom will be the same S4 Mini but equipped with a high-performance 16 MP rear camera. The S4 Mega will be the new kid on the block being a larger S4 smartphone with a Full HD display.

Apart from the Galaxy family Samsung will also unveil new ATIV devices but there isn’t any information on them as of now. The first ATIVs were a market disaster so if Samsung still pushes this brand then maybe it has something new and much better than the originals. We’ll find out on June 20.