The world leader in advanced memory technology, Samsung Electronics, announced that it has developed the first 32 Gigabyte performance enhancing, load reduced and dual inline memory module for server applications (LRDIMM) in the industry.

Samsung Electronics will start to produce the 32GB Memory Module in the second half of 2010, thus giving it the largest family of DRAM products in the industry. 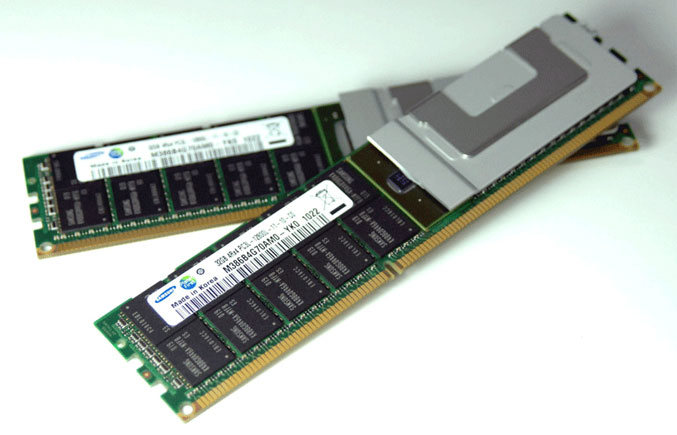 Executive Vice President of Memory Marketing at Semiconductor Business for Samsung Electronics, Dong-Soo Jun, said that in developing the first load-reduced module in the industry with 40nm-class DDR3 Technology, they are underscoring their determination to combine the best of capacity and performance for the newest generation of servers.

The Samsung 32GB LRDIMM comes with seventy-two 4GB DDR3 chips combined with an additional memory buffer chip in order to help reduce the load on the memory subsystem by seventy-five percent. The memory capacity of the CPU can rise up to 384 gigabytes and up to 768GB in a two-way server system, operating at 1.35 or 1.5 volts. The server equipped with the LRDIMMs can also process data at 1,333 megabit per second, and approximately seventy percent faster than the previous speed of 800 megabit per second.