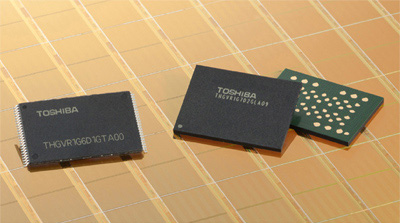 Samples of the new SmartNAND line-up will be available from middle of April, and mass production will start in the second quarter of CY2011 (April to June).