Toshiba Corporation , the industry pioneer in small form factor hard disk drives (HDDs), today introduced a new line up of 1.8-inch HDDs with a maximum capacity of 320GB, the highest yet announced by the industry, targeted at thin and light mobile PCs and portable external hard disk drives. The new series delivers three models in 160GB, 250GB and 320GB capacities, and will start mass production from December. 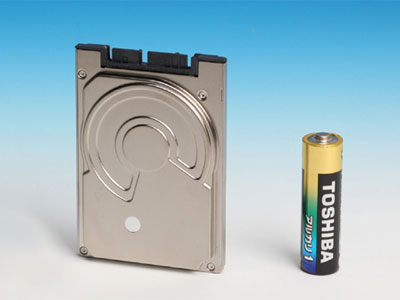 Leveraging Toshiba’s long history of expertise in miniaturization and the 1.8-inch HDD form factor, the MK3233GSG family delivers significant environmentally friendly performance improvements from the MK2529GSG generation of 1.8-inch drives, including a 19% improvement in energy consumption efficiency. The MK3233GSG family is also compliant with the European Union’s RoHS directive, halogen-free[5] and antimony free.