Apple announced today that they’ve sold over two million iPads since its launch on the 3rd of April – in less than sixty days. They began to ship the portable device in Australia, Canada, France, Germany, Italy, Japan, Spain, The United Kingdom and Switzerland this past weekend. Apple’s iPad will also be available in nine more countries in July plus additional countries later this year.

CEO of Apple, Steve Jobs, said that customers around the world are experiencing the magic of iPad, and seem to be loving it as much as we do. He also stated that they appreciate their patience, and are working hard to build enough iPads for everyone.

The Apple iPad allows the consumer to access the Internet in a more intuitive and entertaining way than ever before, thanks to the applications. Consumers can browse the web, read and send messages and email, enjoy and share digital photographs, watch high-definition videos, listen to audio, play interactive and amazing games, read electronic books and much, much more, while using the revolutionary Multi-Touch screen user interface of the Apple iPad.

0.5 Inches thin and Weighing at just 1.5 pounds, the Apple iPad is much thinner and lighter than any other laptop or netbook out here, while it delivers up to ten hours of battery life.

Talented developers around the world have created over five thousands amazing new applications, designed especially for the Apple iPad’s large touch screen, Multi-touch interface and high-quality graphics. Apple’s iPad is also able to run almost all of the applications that are already on the App Store, including applications that you already purchased for your iPhone or iPod Touch. There are over 200,000 applications on the Apple App Store.

ASUS has brought into this world the new Ultrabook S series where the ultrabooks feature really nice hardware hidden within sleek and light chassis. The new ultrabooks offer everything that you would expect from them – mobility, performance, storage options, powerful hardware and an... 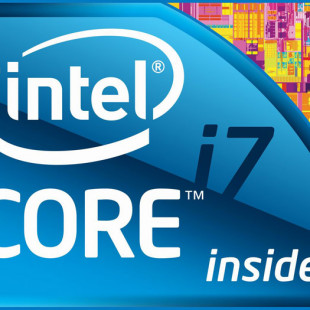 The US chip maker Intel has shared interesting new details about its future plans at the on-going Game Developers Conference. According to this information Intel will release a bunch of new processors by the end of the year. The first new processors will carry the Devil’s Canyon codename and...

The US-based company Netgear has started shipments of its first 802.11ac router that uses the newest and fastest Wi-Fi specification. The novelty, known as R6300 is not alone on the market as it comes with the more budget-oriented R6200 router and the A6200 Wi-Fi dongle, which is the first...