Apple®  announced the new iPod touch® lineup starting at the breakthrough price of just $199, giving users a great iPod®, a great pocket computer, a great game player and access to Apple’s revolutionary App Store with over 75,000 applications. iPod touch features Apple’s revolutionary Multi-Touch™ user interface, a gorgeous 3.5-inch widescreen glass display, Wi-Fi, Bluetooth, and a built-in accelerometer and speaker—all in an amazingly thin metal design that slips easily into your pocket. The 8GB iPod touch is now available for just $199, along with new models which deliver twice the capacity for the same price, with the iPod touch 32GB model for $299 and 64GB model for $399.

“At just $199 the iPod touch is the most affordable gateway to Apple’s revolutionary App Store with more than 75,000 applications that you can wirelessly download right into your iPod touch,” said Philip Schiller, Apple’s senior vice president of Worldwide Product Marketing. “You get a great iPod, a great pocket computer with the industry’s best mobile web browser and a great game player, all in this super-thin beautiful enclosure.” 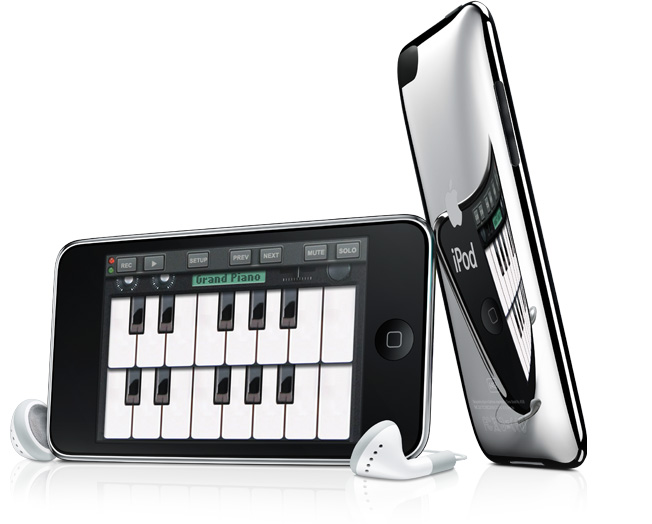 iPod touch is a great iPod for enjoying music, television shows, movies and podcasts. iPod touch has incredible features for music fans such as Cover Flow®, Shake to Shuffle™, and access to the legendary iTunes® Store. And now, the new iPod touch supports Genius Mixes, which automatically creates up to 12 endless mixes of songs from your iTunes library that go great together. Movies and television shows look great on the gorgeous 3.5-inch widescreen display. iPod touch customers have the entire iTunes Store catalog at their fingertips, giving them instant access to the world’s largest catalog of over 11 million songs, TV shows and Hollywood movies to purchase and download directly to their iPod touch. iPod touch is a great game player with its built-in accelerometer, revolutionary Multi-Touch user interface, its amazing graphics performance and the over 20,000 game and entertainment titles available on the App Store. With support for peer-to-peer connections, the new iPod touch gives users the ability to play multi-player games with people next to them or around the world. iPod touch customers can add new game titles from the App Store over Wi-Fi anytime and anywhere. 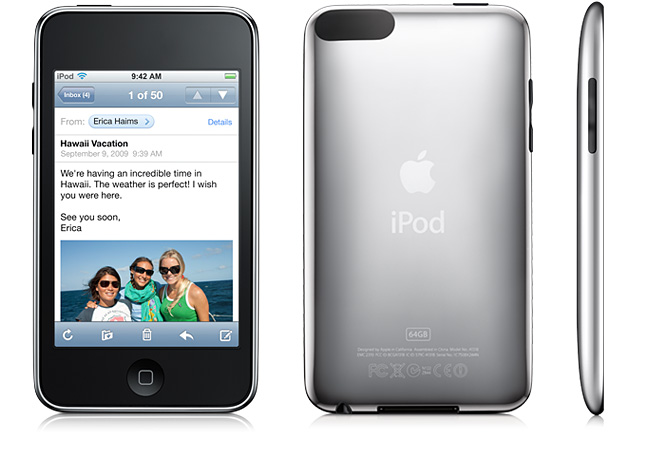 iPod touch is a great pocket computer, letting users surf the web, do email, manage their calendars, organize contacts, and use social networking sites such as Facebook and Twitter. With its award-winning Safari® web browser, iPod touch users can experience the Internet like no other pocket-size device. iPod touch comes with the latest iPhone™ 3.1 software including: Cut, Copy and Paste; Spotlight® Search to search across iPod touch or within Mail, Contacts, Calendar and iPod; landscape keyboard for Mail, Notes and Safari; remote lock for MobileMe™ and anti-phishing features. 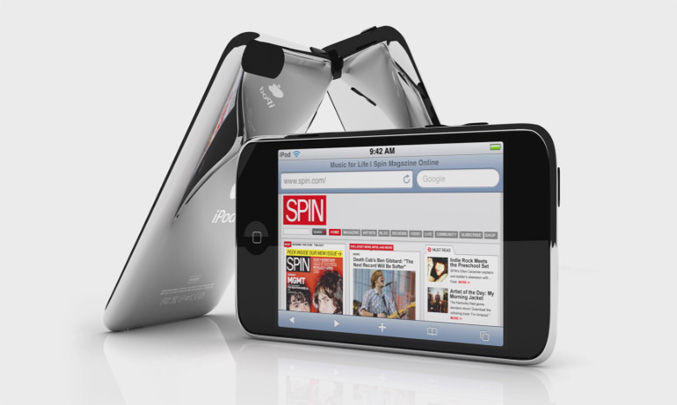 Apple’s App Store is a phenomenal success with a selection of over 75,000 apps available and customer downloads topping a staggering 1.8 billion apps. iPhone and iPod touch customers in 77 countries can choose from an incredible range of apps in 20 categories, including games, business, news, sports, health, reference and travel. The App Store works with iPod touch over Wi-Fi so users can discover, purchase and download apps wirelessly and start using them instantly.

iPod is the world’s most popular family of digital music players with over 220 million sold. Apple’s new holiday lineup includes iPod shuffle® in five great colors starting at just $59; iPod classic® in a new 160GB model holding up to 40,000 songs for $249; the incredible 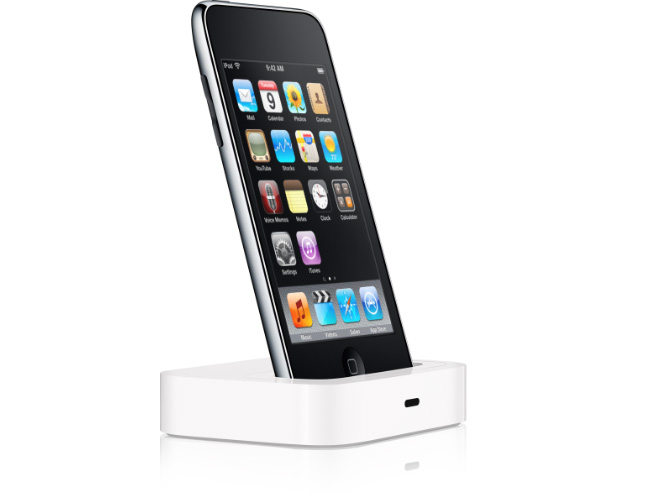 new iPod nano® with a video camera available in nine brilliant polished aluminum colors starting at $149; and the revolutionary iPod touch starting at the breakthrough price of just $199.

The new iPod touch is available immediately for a suggested price of $199 (US) for the 8GB model, $299 (US) for the 32GB model and $399 (US) for the 64GB model through the Apple Store® (www.apple.com), Apple’s retail stores and Apple Authorized Resellers. iPod touch requires a Mac® with a USB 2.0 port, Mac OS® X v10.4.11 or later and iTunes 9; or a Windows PC with a USB 2.0 port and Windows Vista or Windows XP Home or Professional (Service Pack 3) or later and iTunes 9. Existing iPod touch users can update to the latest 3.1 software for just $4.95 (US) to enjoy new features including Genius Mixes and Genius for Apps. iPod touch owners who already have the 3.0 software get the 3.1 software update for free. Simply download the latest version of iTunes onto your Mac or PC, and purchase the 3.1 software update via iTunes. 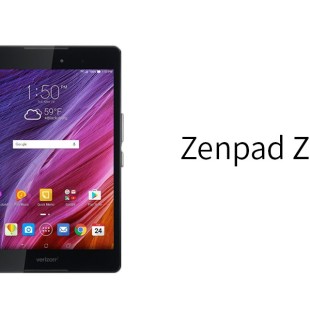 ASUS prepares Zenpad Z8 tablet for the US market

A tablet from ASUS will be one of the new products US customers will get in the near future. The device, which is called Zenpad Z8, will appear in the next few weeks and will bring a number of features but one thing is clear – ASUS will bet on sheer hardware power to attract...

Samsung Galaxy S3 gets a competitor

The Samsung Galaxy S3 has a pretty strong case in its quest to get the “Smartphone of the Year” award, but surprisingly enough the tech masterpiece will soon be challenged by another smartphone not produced by a big name in this industry! The Galaxy S3 challenger hails from another... 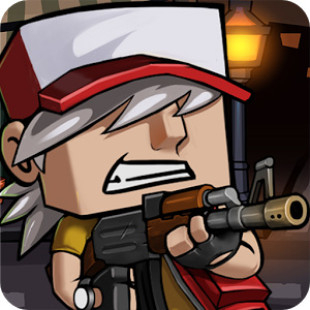 Zombie Age 2 is a super fun action game that all fans of the genre must have. Period! The app, just like many others, takes you to a world full of evil zombies. It is your task to clear them out so get your gun ready and shoot! The gameplay is both simple and not – the app gives you a circle...