BlueAnt introduces the BlueAnt S4, which is the first ever true hands-free Bluetooth Car Speakerphone that is controlled by voice commands, which means that drivers can communicate while traveling without even touching their phone or car speakerphone at all.

To active the S4, the driver needs to say the hands-free trigger phrase, which is “BlueAnt Speak To Me”. This can be done at any time, after which the S4 will be ready for voice commands. When the S4 is activated for voice commands, the driver can then say a command to activate the phone’s voice dialing service, after which he can call anyone just by saying the person’s name. That is, of course, the phone supports name dialing.

When someone rings on your phone, you will know you is calling you without even looking at it, because the BlueAnt S4 can read the name of the caller, thanks to the text so speech technology, and ask you afterwards if you want to answer. The voice commands you can reply to that are “answer” and “ignore”.

BlueAnt and Vlingo have made collaboration in order to reduce distracted driving, by providing the driver with an easy way to “consume” SMS messages and e-mail thanks to the SafeReader application on the S4, which is for use with Android 2.0+ and BlackBerry devices. 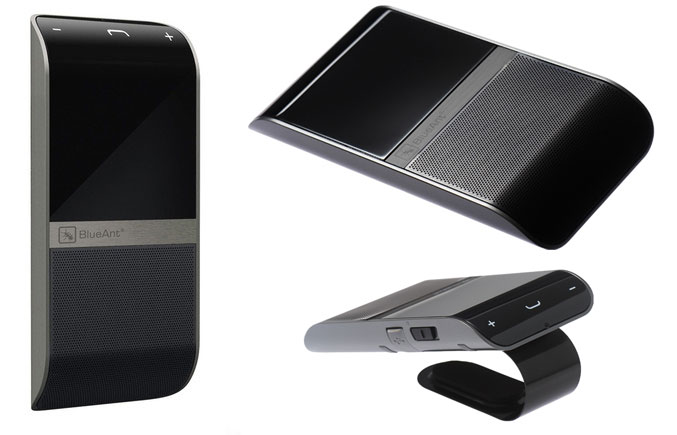 BlueAnt S4 consumers can also take advantage of the navigation software on their own mobile phones, and listen to the directions over the speakerphone, using the A2DP.

The BlueAnt S4 is the first ever car hands-free speakerphone in the product line of BlueAnt that includes its Simple Connect Technology, which is used and loved in the award-winning Bluetooth V1 and Q1 headsets.

The BlueAnt S4 is also the first ever BlueAnt hands-free car Speakerphone that supports firmware upgrades, which gives the ability for new features. BlueAnt is continuing to improve the software on its devices, which are available for download at their website for free.

The BlueAnt S4 is now available for purchase at Best Buy, and will be also offered through AT & T from the 23rd of May, at the price of $99. For more information visit blueantwireless.com.