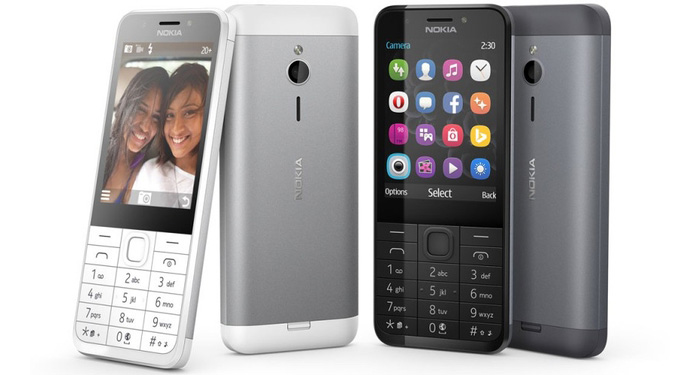 The US company Microsoft has presented two new Nokia feature phones – the Nokia 230 and Nokia 230 Dual SIM. The devices share the tech specs except that the second model has support for two SIM cards as evident from the product name.

The new feature phones sport aluminum backs and offer two colors – silver and dark gray. They offer a 2.8-inch display at QVGA resolution (240 x 320 pixels), a 2 MP rear camera with LED flash and a 2 MP front one with LED flash as well, Bluetooth 3.0, a microUSB slot, a microSD card slot (up to 32 GB), a single 3.5 mm audio jack, a 1200 mAh battery and Nokia Series 30+ software. The phones offer Internet access and have integration with social networks such as Facebook, Twitter, Skype and more.

The Nokia 230 and Nokia 230 Dual SIM will be available in Asia, the Middle East and India in December of this year, while other markets will get these phones in early 2016. The devices will sell for USD 55.